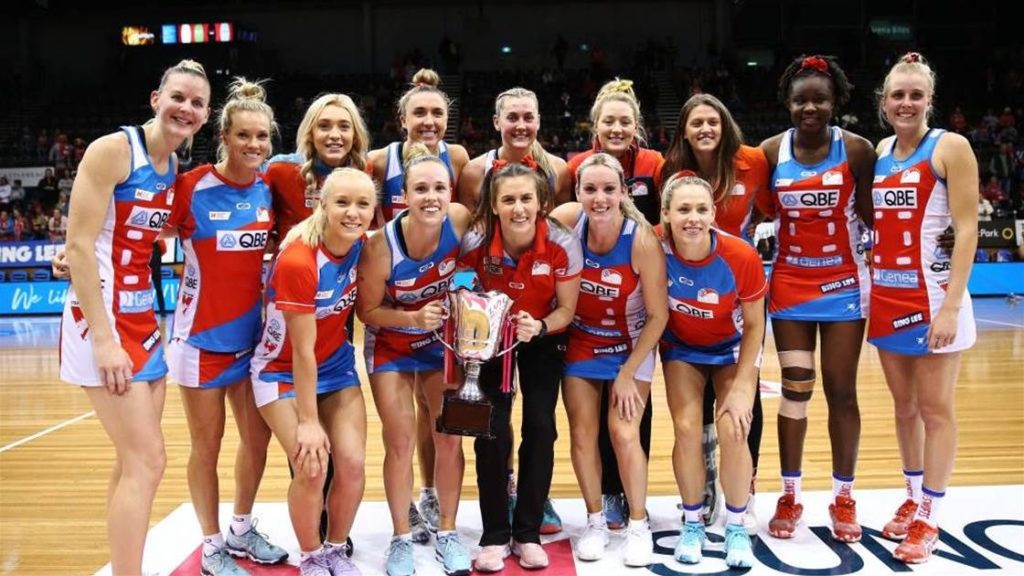 IN a year filled with milestones and mouth-watering contests we narrowed down five of the top games throughout the 2019 Suncorp Super Netball season. We also saw a host of controversial games with the GIANTS calling for an inquiry into a result and injuries galore.

The New South Wales Swifts made history claiming their first premiership in Suncorp Super Netball (SSN) after defeating two-time premiers Lightning. The Swifts were dealt their fair share of injuries throughout the year with skipper Maddy Proud struck down with an anterior cruciate ligament (ACL), Kate Eddy unavailable in the latter half thanks to an ankle injury and Helen Housby missing large chunks but they were never out of the race. They pulled out all the stops when it counted, putting on a dominant display with their slick ball movement, accuracy to post and dynamic movement making for an action packed grand final. Paige Hadley led the troops on the court with her leadership and courage taking the game on at every opportunity while the likes of goal keeper Sarah Klau took her game to a whole new level smothering the Lightning shooters with her arms over pressure and physicality.

The game between the GIANTS and Fever went down to the wire and sparked a wealth of controversy both on and off the court. GIANTS goal shooter, Caitlin Bassett appeared to have slotted the winning goal, but it was not counted with the official time keeper stipulating that the game had in fact ended contrary to the public scoreboard. The game resulted in a draw with the two sides unable to be separated thanks to some convincing performances by respective players. But with differing times, many fans, supporters and players were left confused about whether or not the GIANTS had actually won. It was a tantalising match-up in the circle with Courtney Bruce and Bassett going toe-to-toe for majority of the game and neither giving an inch but the game was ultimately overshadowed thanks to a controversial timing and scoring issue.

Since their inception into the league the Vixens have had the wood over their cross-town rivals but in Round 7, the Magpies finally broke the drought claiming a narrow three-goal win. It took two years for Collingwood to decipher a plan for their opponents and they well and truly kicked it up a gear in their clash thanks to Geva Mentor owning the defensive end with five intercepts and three rebounds. Meanwhile new recruit, Jamaican goal shooter Shimona Nelson stood tall under the post with a game-high 48 goals to get her side over the line. It also marked the first time that former Collingwood goaler, Caitlin Thwaites faced her old side and despite struggling in the opening minutes found her groove to notch up 31 goals. The Magpies controlled the flow with their clever ball movement and transition down court with the Vixens defenders Emily Mannix and Jo Weston unable to quell the influence of Nelson and play making of Nat Medhurst.

It was a high intensity and physical game with both sides renowned for their never say die attitude and ferocity at the contest. It was a solid win for the GIANTS who took care of their lower placed opponents but the main talking point of the round was the innocuous elbow to Gretel Tippett. The star goal attack copped a nasty blow in the opening quarter albeit accidental that sent blood streaming down her face. But like the class act she is, Tippett went off got stitched up and returned to the game not skipping a beat piling on 23 goals straight at 100 per cent accuracy.

The Adelaide Thunderbirds ended a season and a half losing streak with a one-goal win in Round 1 to put their season in good stead. The Thunderbirds showed that they were new and improved, boasting a stacked line-up of international stars in the likes of Shamera Sterling, Layla Guscoth and Maria Folau while not skimping on the depth with youngster Sasha Glasgow owning the goal circle making for a strong showing against grand finalists Fever. It was an action packed game with both sides not giving an inch and working tirelessly to make the most of every opportunity that came their way but in the end it was the spirit and belief that spurred Adelaide on.