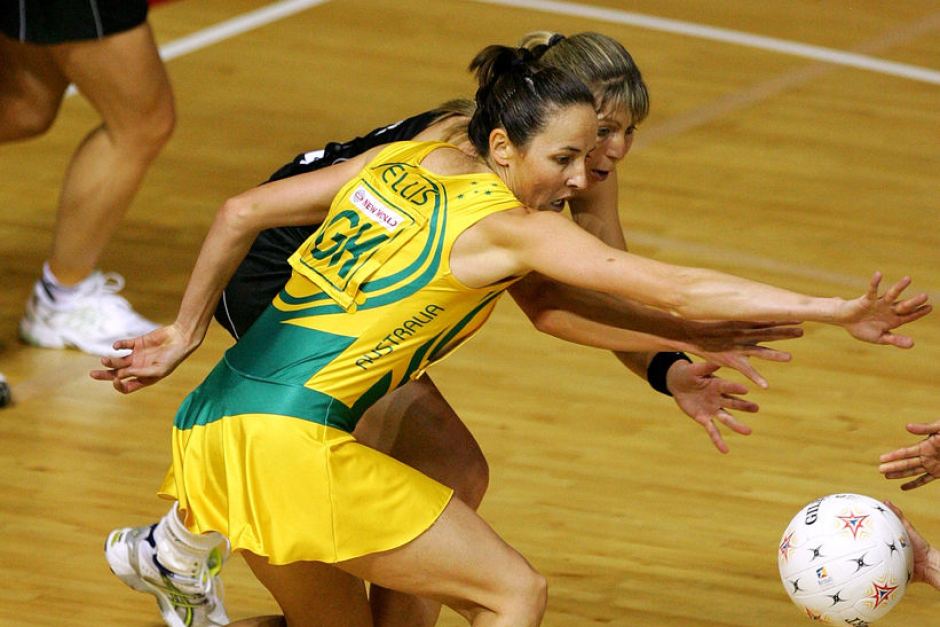 THROUGHOUT Diamonds history there has been a host of star players in the goal keeper position. Since entering a new decade we decided to rank the top five goal keepers since 1990 to now. This is an opinion-based article based on the perceptions of the individual writer and how they rank against other defenders.

There is no denying that the former Australian captain and star goal keeper is one in a million and is renowned for her extreme defensive pressure. She could turn a game on its head with her read of the play, go-go gadget arms and strong leadership on court. Although she was not renowned for her flashy gameplay Ellis was able to wear her opponents down, proving to be a stalwart in defence. She used her lean over the shot to put doubt in goalers’ minds and used her quick feet to get around the body of opponents and cause confusion to force turnovers. Ellis has one of the most decorated international careers in Australian netball history, winning an impressive three World Championships (1995, 1999, 2007) and two Commonwealth gold medals highlighting her defensive prowess. While she shone on the international stage, Ellis was no slouch in the domestic league winning four premierships with the Swifts.

Former Australian Diamonds and Queensland Firebirds captain Laura Geitz paved the way for future goal keepers with her skill and class. Geitz could sense a moment and capitalise no matter what thanks to her dynamic play and ability to read the flow of the game. she could pull off the unthinkable in the blink of an eye using her long reach to cause turnovers or take a big intercept. Her footwork was exceptional, able to cleanly work her way around the body of the goalers and cause confusion to pick off errant passes. Her on-court leadership was second to none, often providing a steadying head down back to help reset play and push forward. She was versatile able to body up against opponents or turn to a more zoned defence to run through and pick off passes making her exciting to watch. Throughout her career Geitz racked up two Commonwealth Games silver medals and one gold medal along with World Cup golds. Her dominance was also felt at a domestic level winning three ANZ Premierships with the Firebirds.

Arguably one of the toughest and most physical competitors on the netball court thanks to her never say die attitude and commitment to the contest. Layton was no slouch down in the goal circle, using every inch of her experience to dictate the space and cause turnovers.  Although she was costly at times when it came to penalties you could always count on the talented goal keeper to pull something out of the bag. Her physical nature often rubbed players up the wrong and allowed her to capitalise and pick off passes to inflict pain on the opposition. She was an energiser bunny on the court, running rampant in the defensive goal circle and using her leap to get hands to ball. Layton made her mark both on the international stage along with domestically despite jumping around a bit. She was a part of the gold winning side in the 2014 Commonwealth Games and won gold in 2015 at the World Cup.

The Melbourne-born defender was a staple hold down back for Australia using her commanding height and quick feet to consistently pose a threat. Chatfield holds the title of the youngest player to debut for Australia playing her first game at 18 and not looking back since. She was damaging with her long reach, physical nature and ability to prevent the ball from entering the goal circle. She was one of the most durable and versatile players able to switch out to goal defence when needed thanks to her experience and netball understanding. Chatfield played in both the 2007 World Cup winning squad and 2014 Commonwealth Games to cap off her an already impressive career. She was one of the most consistent players at the domestic level racking up a whopping 244 games and won four ANZ Premierships.

Bruce could be seen as a mix of both Layton and Geitz in her game play using her physicality and timing to disrupt the flow of opposition shooters. The Western Australian goal keeper has gone from strength to strength and despite suffering recent injuries has been crucial to the Diamonds in the past couple of years. She can read the play with ease and take important intercepts when needed making her a key player for the green and gold. Her acceleration is impressive, able to cover the court with ease while her footwork in the circle is solid able to manoeuvre around the body and cause confusion for the feeders. Bruce still has plenty of time left in her career and while she has tasted some success will be looking to build on her trophy room, having made it to the grand final with the Fever but falling short and collecting two silver medals from the past World Cup and Commonwealth Games.