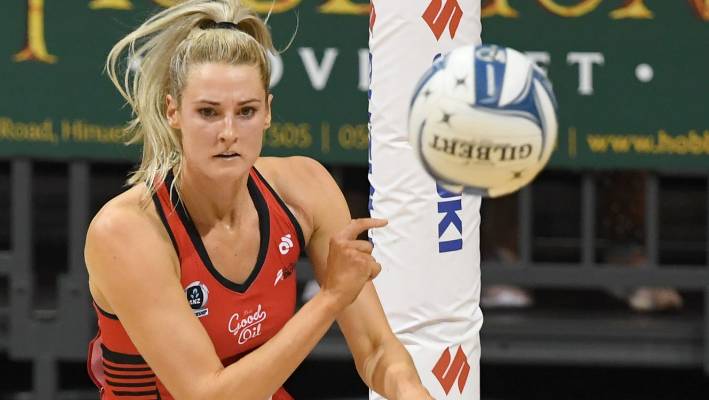 THERE are a host of international players across the world that, much like a fine wine, have simply gotten better with age. With netball on hold due to the COVID-19 outbreak, Draft Central takes a look at players that fall into the category of over 30 and still have plenty in the tank given their on-court prowess. In at number eight on the countdown is Silver Ferns and Mainland Tactix defender Jane Watson.

Just sneaking into the age bracket having turned 30 earlier in the year, Watson is one of the most exciting defenders to watch with her athleticism and hands over pressure. She can pounce into action at the drop of a hat using her long arms and dynamic movement to pick off passes and propel it back down the court.

She is renowned for her defensive prowess with her three-foot marking both inside and outside the goal circle. Watson is a real powerhouse able to dictate the space in the defensive third credit to her intimidating presence. She is quick on her feet and reads the play effortlessly to take a wealth of intercepts and stop any easy access into the circle. She often causes confusion for the feeders looking into the goal circle with her impressive footwork and movement in the circle.

Watson is strong on the rebound, able to get around the body of her opponent and gobble up anything that falls short of the ring. She is hardly ever out positioned and can adapt quickly to changing goalers such is netball smarts and intuition. The 181cm defender is quite nimble and is unstoppable when on song, putting up a wall in defence and making it hard for shooters to find an avenue to goal. Her ability to cleanly manoeuvre around the body of her opponent and stay in play is what makes her such a dominant defender for both the Ferns and Tactix.

At an international level Watson is surrounded by a host of A-listers and has learnt her craft from the likes of Katrina Rore and Casey Kopua. Their experience and knowledge has paid dividends, with Watson able to emulate their defensive prowess in her game play. Plying her trade down back to either get on the move or hold firm on the shooter in the circle, Watson can always be relied upon to spark her side into action.

As captain of the Tactix, Watson is cool, calm and collected down back but most importantly can sense the moment to stand up under pressure and create something. Her leadership is second to none constantly looking to generate that drive out of defence into the middle and attacking third. She is a real barometer for any side using her pressure to get into the head of her opponents and force turnovers to reclaim the ball and get on top. Having only just turned 30, Watson still has plenty in the tank and will be a key cog for both the Tactix and Silver Ferns for years to come given her innate ability to find the ball and shut down her opponent with her relentless niggle.