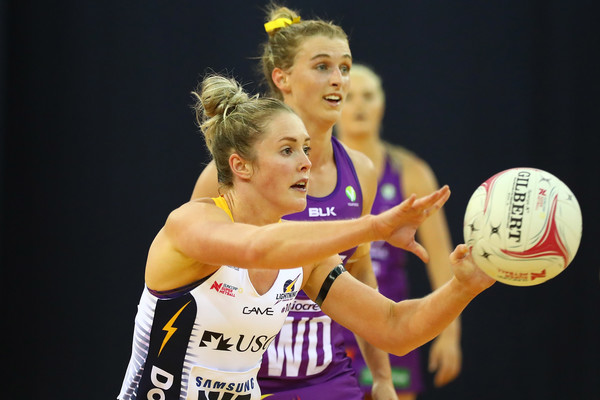 THERE are a host of international players across the world that, much like a fine wine, have simply gotten better with age. With netball on hold due to the COVID-19 outbreak, Draft Central takes a look at players that fall into the category of over 30 and still have plenty in the tank given their on-court prowess. Coming up next at number 19 is Australian Diamonds and Sunshine Coast Lightning speedster, Laura Scherian.

With impressive take-off speed to dart across the court, 31-year-old Scherian is a great accompaniment to any team with her sheer netball know-how and reliability down the middle of the court. Able to have an impact in both wing attack and centre, the classy speedster creates a formidable option on circle edge with an ability to find space and sit herself on circle edge to feed into the goalers.

At only 167cm, Scherian is a real energiser bunny with her ability to evade opposition and zip her way around the court. She can apply pressure in attack despite her smaller build and use her strength to whip past defenders to feed the ball with ease. Her drive down the court and transition between attack and defence is seamless, able to create and manipulate the space to find the ball. Scherian can cause mayhem through the centre court with her consistency and constant press forward, always one step ahead of the play with her netball smarts.

With plenty of experience playing alongside one of the greatest midcourters in the game in Laura Langman, Scherian has been able to adapt her skills more so to present a defensive option too, able to apply as much pressure in centre from a defensive perspective as her skill up in attack. Scherian’s experience and ability to adapt to the game at hand gives her a clear advantage over her opposition, and in a team which regularly switches its goalers depending on the match, she is always able to form a formidable connection with whichever option is heading up the post.