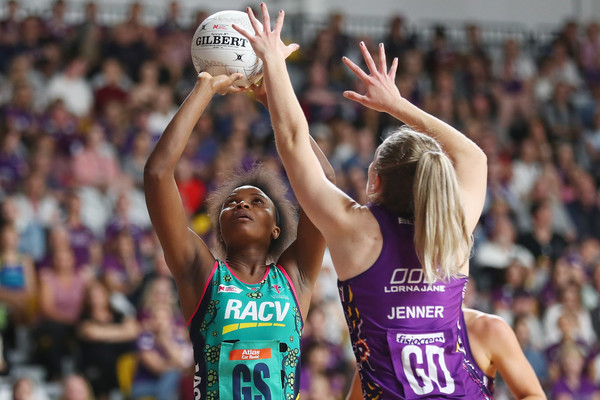 THERE are a host of international players across the world that, much like a fine wine, have simply gotten better with age. With netball on hold due to the COVID-19 outbreak, Draft Central takes a look at players that fall into the category of over 30 and still have plenty in the tank given their on-court prowess. Coming up next in the countdown is Malawi Queens and Melbourne Vixens goal shooter, Mwai Kumwenda.

A highly talented goaler, Kumwenda comes in at number 11 thanks to her clean hands, ability to adapt to play and consistent ability to put volume and accuracy to post. Hailing from Malawi, the star Vixens goaler was injured for majority of last season, seeing her sit just outside the top 10 despite being one of the most consistent and influential goalers around. The Malawi star also sat out of the 2019 Netball World Cup, where she would have plied her trade against any number of defenders and likely come out on top thanks to her impressive work rate and exciting style of play.

With speed, resilience and flair to boot, Kumwenda is a threatening option at the post thanks to her ability to find the netball with ease and command the audience with her accuracy, almost always putting up 90 per cent totals on game day. Her ability to adapt to her defender is credit to her clean read of the play and crafty footwork, while her energy on court sees her provide a constant pressure to the opposition. Her long reach allows her to find plenty of crucial ball, able to scoop it out of the air before her opposition can get hands to it.

While injury saw Kumwenda miss majority of the 2019 Suncorp Super Netball season, she showcased some real resilience and eventually made her slow return to netball, slotting in with ease to the shooting combination with Caitlin Thwaites and Tegan Philip, already having a solid rapport with both players and making a handy substitution to inject further excitement into an already impressive attacking lineup.

While she does come in just outside the top 10, it is hard to fault Kumwenda’s ability to impact the play, plying her trade with ease in attack and unafraid of the contest.