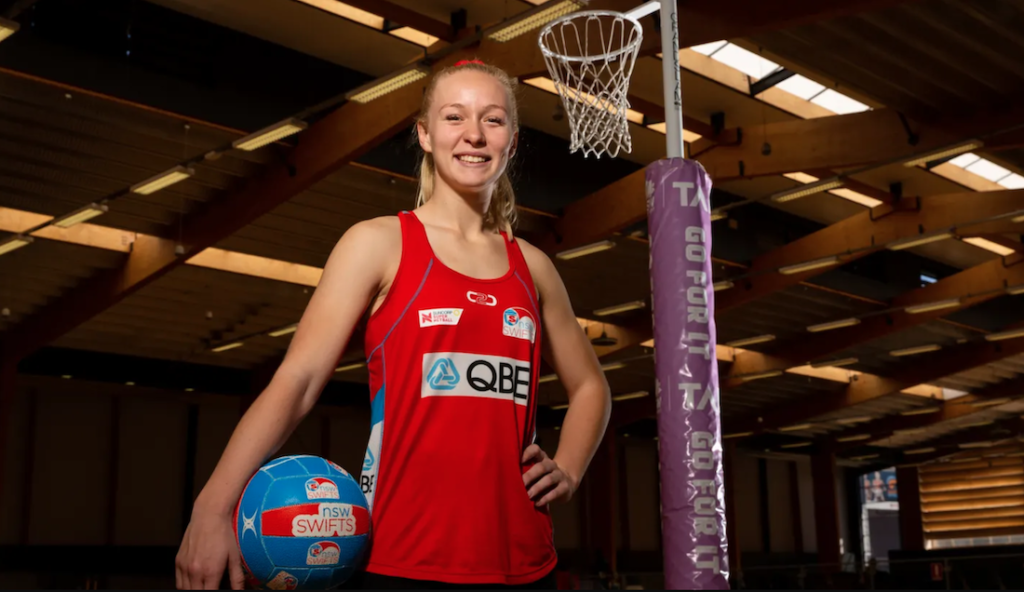 WITH a number of netball leagues across the world being suspended due to COVID-19, the Draft Central team is making a case for the top 15 training partners stepping up to the Suncorp Super Netball (SSN) plate in 2020. Sitting at number three is NSW Swifts midcourter Tayla Fraser, another talented player the Swifts blooded up in 2019. With so much talent at our disposal, this countdown is purely opinion-based, taking into consideration recent form, individual potential and future development.

A real energiser bunny and tough competitor at any level, Fraser’s level-headedness earned her a couple of Super Netball caps last year with the NSW Swifts thanks to injuries aplenty. While she was fortunate to tag along with the side in its premiership season, Fraser well and truly proved her elevated position in the squad, taking on whatever came at her with her clean hands and precision with ball in hand. A real speedster with plenty of potential, Fraser’s footwork allowed her to find circle edge with ease, able to play through both wing attack and centre to apply pressure in attack. Her strong drives and speed off the mark enabled her to burst away from her opposition, driving the play down the court and feeding into the circle well. Meanwhile, her ability to assist her goalers with her positioning and ability to hold ground on circle edge allow her to feed with ease.

With fellow training partners Elle Bennetts and Sophie Craig also getting elevated during the 2019 season, Fraser flourished with the Swifts to become a formidable option through the midcourt and will hope to get the call up again this year given she already has the partnerships on court ticked off. With speed and an ability to generate clever play with ball in hand, 20-year-old Fraser still has plenty of development to come making her an exciting future prospect in the Super Netball. With plenty of accolades to her name already – including being part of the Australian Under-17 and Under-19 squads – it is only a matter of time before the speedster takes the court regularly thanks to her ability to adapt when required, always giving her all.