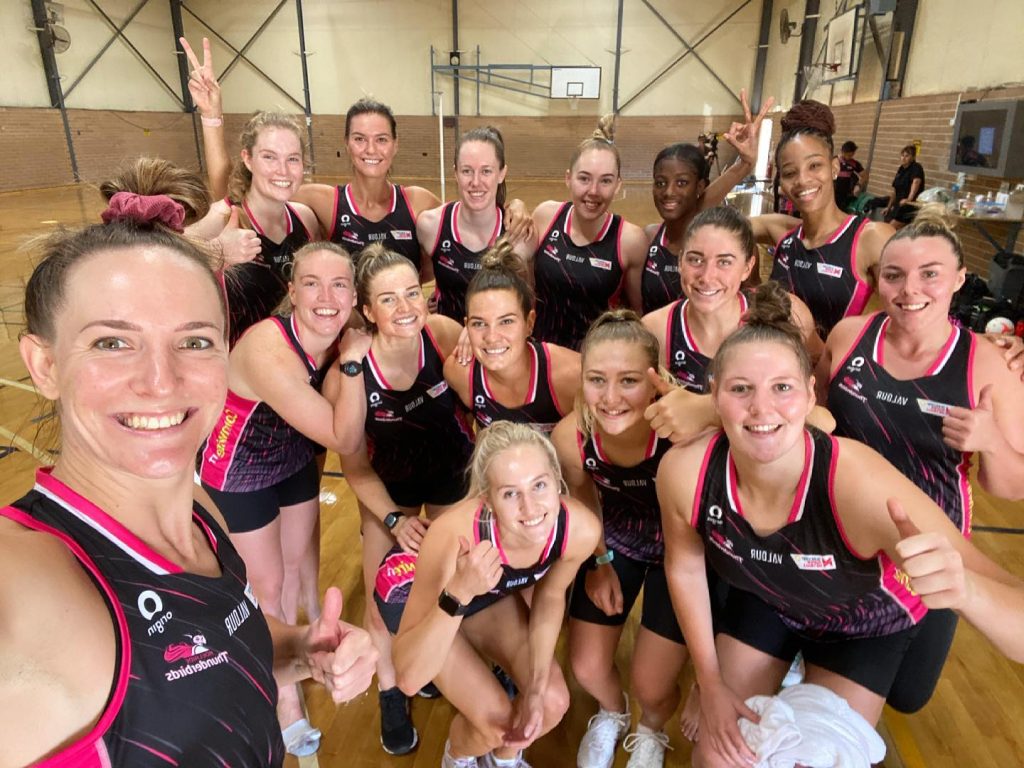 NEW year, new season and with that brings new opportunities, as the Adelaide Thunderbirds look to improve on their 2020 season by finding that level of consistency to grind out games according to captain Hannah Petty.

“Our main area of growth is our consistency and we see our team as a top four side and really pushing it around finals time so that’s our aim,” Petty said. “But to have a consistent season, is obviously, number one, you can’t be up and down throughout the season and expect to be there at the end so going into each performance with growth and then coming out of it with a new learning which then we implement into the next game is our main goal each week.”

A couple of formidable faces have departed the club over the off-season with Chelsea Pitman not offered a contract and veteran defender Kate Shimmin joining the Lightning. Their absence however, has provided a chance for some fresh faces to ply their trade in the 2021 Suncorp Super Netball competition in the way of Latanya Wilson, Matilda Garrett and Elle McDonald.

“You can’t buy experience so it is hard to replace,” Petty said. “But the girls that have come over and joined the team, they’re so exciting they have experienced SSN netball before, most of them I mean, Latanya hasn’t but she brings some experience of her own, which is always great. “We can all bring something to the table so everyone’s really stepping up and trying to replace that experience lost. But as a team, we’re building forward to what this year holds and yes the past has happened but we’re just excited about what we can do this year.

“It is always exciting to bring new people into the club. “The girls that have made the trip over and come and joined the pink family they’ve fit in straight away. “We’ve got a really strong connection, off the court, which has definitely helped us on the court. I mean we’re all hanging out away from netball, so that’s always a good sign leading into the season.”

With strong relationships forming off the court, Petty highlighted the way in which the T’birds are tracking on the court as well with their preseason games crucial in enabling them to iron out some kinks and hammer home their intended game style for the upcoming season.

“Ahead of Round 1 we’ve had numerous practice matches which is lucky enough to have been against SSN teams,” she said. “We’ve done a fair bit of travelling which has put us in good stead for the season coming up against the standards that we’re going to play against. “So really being able to test yourself out. “Go out there and practice matches and implement what we’ve been trying to put out on the court.”

It was an up and down season for the Thunderbirds, as they showed glimpses of brilliance but could not maintain that high level output in such a tight turnaround given the condensed season. Moving forward this year, Adelaide want to address those areas of concern and really worry competing teams with grit and determination.

“It’s definitely that consistency but also that never give up attitude, no matter what happens on the court, we’re always in for the fight and it’s that never back down mentality that we want to do it as a team first,” Petty said. “If people know that where they come up against us, it’s going to be a hard battle right to the end, then we can’t ask for anything else.”

Pre-season has been a great opportunity for the side to really hone in those connections and solidify their game plan across the court with Petty highlighting the importance of adapting to the way the newcomers play.

“We’re a newish team coming together so getting to know each other under the standard of pressure that you’re actually going to face on the court and how Latanya Wilson might like to take a ball compared to how Matilda Garrett might like to take the ball,” she said. If you can have them before the season, then you’re in good stead, come Round 1.”

One player in particular that has caught the eye of Petty so far this season is returnee, Maisie Nankivell with the endurance driven midcourter a real lynchpin in the side, able to play all three positions with great ease.

“There’s been a few girls, I mean Maisie Nankivell’s stepped it up again but also the new girls coming in, and the girls that have had go through quarantine like they sat in the hotel room for two weeks and the two South Africans they got better fitness testing results than what they had previously so it just goes to show that everyone’s putting in the work but particularly those two have done it the hard way, and they’re reaping the rewards now,” Petty said.

The plaudits did not stop there with Petty heaping praise onto Jamaican young gun, Wilson who has plied her trade both at an international level with the Sunshine Girls and so too in the Vitality Netball Superleague, taking into consideration the Jamaican had to go through quarantine in a foreign country.

“She actually came in earlier than all of our other international girls so having that extra few weeks with her is definitely beneficial but she’s been so connected with us all.” Petty said. “She’s learning everything new here in Australia but the way that she’s taken it in her stride is amazing. “I mean, I think she’s only 19 or something ridiculous to come over here and leave her family. “She’s joined a family over here which she absolutely loves and we love her as well she brings that extra it’s something else that we might have been looking for.”

Taking the mantle as captain once again this season, Petty is focused on leading from the front and really setting the tone for her side as a whole.

“It’s an absolute honour and I’m so humbled to be named captain of this great club, but for the girls to choose me as someone that they back in that position it meant the world but honestly everyone plays their role on the netball court, we’re all leaders and I just get to coin toss at the start of the game and then everyone else does their role,” Petty said.

The Thunderbirds open their account against GIANTS Netball on Sunday afternoon at 3:00pm and will be hoping the home crowd can inspire them to a Round 1 win.