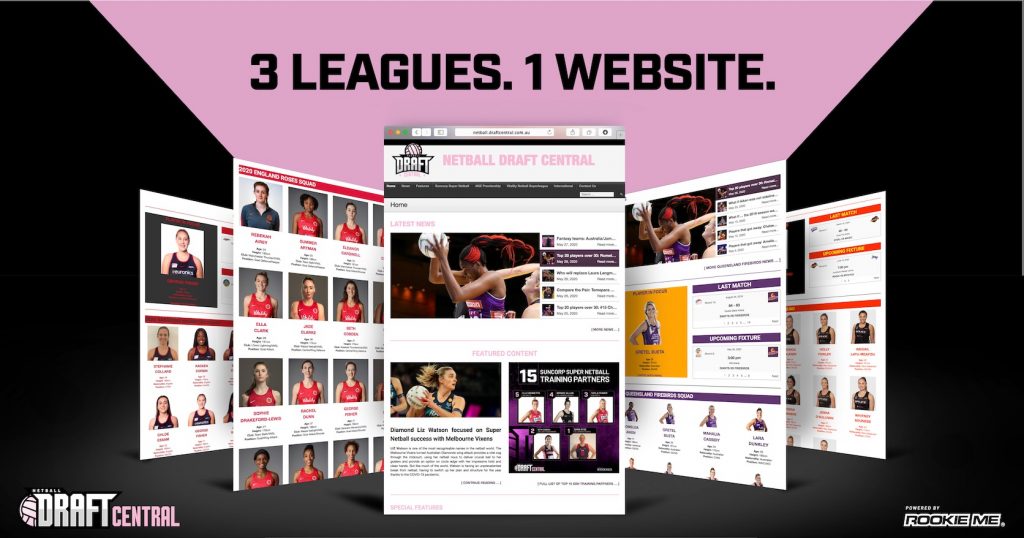 Netball Draft Central is excited to bring you the most comprehensive coverage from across the world when it comes to netball news. Now in its second year, Netball Draft Central has already grown exponentially to have news, reviews, features, profiles and statistics from the Suncorp Super Netball, ANZ Premiership and Vitality Netball Superleague.

While the three main leagues might be the main focus when it comes to netball coverage, the national and state leagues will not be forgotten. The team already covered the Australian Netball League (ANL) and Victorian Netball League (VNL) last year, as well as the Victorian Men’s and Mixed Netball Association (VMMNA) competition.

In 2020 and beyond, we will continue to expand and build on this coverage to include other states within Australia, and indeed overseas. In the past few weeks, we have chatted to an array of international stars including Australia’s Liz Watson, New Zealand’s Karin Burger, Sam Winders and Shannon Saunders, as well as heard from England’s George Fisher.

While the world of sport might have slowed down in the past couple of months due to the COVID-19 pandemic, Netball Draft Central has posted more than 100 articles in this time from our Compare the Pairs, Memorable Matches to our Features, and much, much more.

Here’s what you can expect from Netball Draft Central in 2020 and beyond:

Every team page with dedicated content to that team, as well as team lists, can be found in the drop down menu of each page from the home page.

Of course, Netball Draft Central is always open to fresh ideas, new content and passionate writers. If you’re interested in writing for us, contact our Senior Editor, Sophie Taylor on her email at sophie.t@adzeemedia.com.

If you’re interested in potential partnership opportunities with Netball Draft Central, contact our Managing Editor, Taylah Melki on her email at taylah@adzeemedia.com.