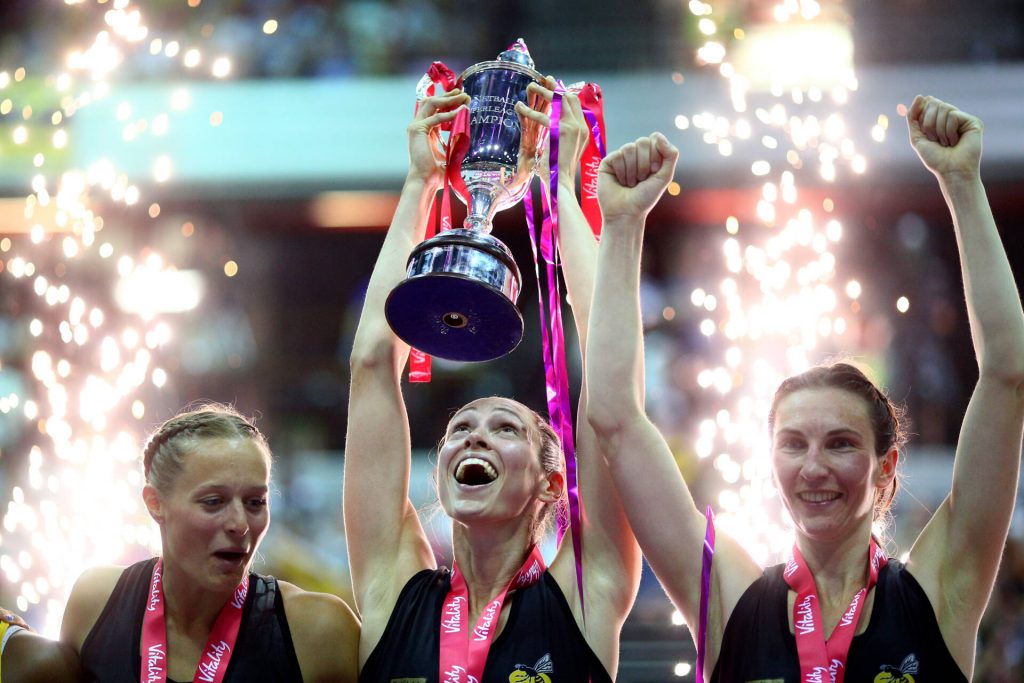 AFTER an illustrious 15 season career in the Vitality Netball Superleague, Wasps captain Hannah Knights has announced her retirement from netball.

Ever since her debut for Loughborough Lightning in 2005 Knights has made an impact. Her dominating defensive presence earned her a reputation as one of the best in the game, and over time she grew to be an inspirational captain and mentor to young netballers everywhere. The move to Surrey Storm in 2009 allowed her playing style to develop and she really took ownership of the defensive third. In 2014 Knights began an incredible championship run, winning five consecutive titles, three with Storm and two with newly formed Wasps Netball in 2017 and 2018. She was the first player to be signed to Wasps and will go down in history as the MVP in their first championship year. Knights also took the opportunity to play for England at Under 21 level and earned a silver medal from the World Youth Championships, demonstrating her elite ability and ability to cut it with the very best.

Now 35-years-old, Knights mentioned in her announcement on social media that she is grateful for the way netball has helped her to grow over the last 20 years. It is unfortunate that she has already played her final game and didn’t get the send-off she deserves in front of a sell-out Superleague crowd due to the COVID-19 pandemic cutting off the 2020 VNSL season.

“I’m so thankful for the support I have received from my family and friends through the years and now felt like the right time to call it a day and enjoy life away from netball,” said Knights.

Wasps head coach Mel Mansfield commended Knights’ physical ability and dedication and commitment to training, while also managing to hold down a full-time job. As one of the legends of the England game, Knights received hundreds of messages of praise on social media, with commentator and ex-player Pamela Cookey posting:

What a legend & hero for our sport! It’s been so great to have played in parts of your journey Han from Eng U21s & through Super League. Netball will miss you. You are a super star on and off the court & should be so proud as all achievements. Enjoy this next chapter my friend xx

Hannah, you have been superb. A true professional who questioned but never challenged, worked with but not against & got the very best out of our sport by giving everything. Your contribution speaks for itself & I wish you the very best of luck on your next adventure!!! #ThankYou https://t.co/uCGnUKrvpk

This announcement comes at a time of uncertainty for the VNSL, and unfortunately, it seems likely that other players who are nearing the end of their careers may choose this time to step aside. However, like with Knights, we can be sure their legacy and contribution to the progression of netball in the UK will not be forgotten, and we’ll see them back in the fold in some capacity soon enough.