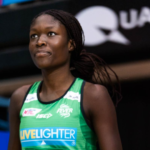 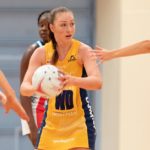 WITH a number of netball leagues across the world being suspended due to COVID-19, the Draft Central team is taking a look at the top 15 training partners stepping up to the Suncorp Super Netball plate in 2020. The countdown begins with Sunshine Coast Lightning midcourt defender, Ashlee Unie. This countdown is purely opinion-based, taking into consideration 2019 form, individual potential and future development.

A returnee to the Lightning camp as a training partner for the third year in a row, Unie, a versatile midcourt defender, has plenty of promise taken under the wing of some of the greatest defenders in the world. At 180cm tall, the Queensland talent and Lightning local was co-captain of Territory Storm in the Australian Netball League (ANL) in 2019 and was USC Thunder’s inaugural captain in the Queensland feeder competition, Sapphire Series. Predominantly a wing defence with the capability to jump into the circle, the exposure Unie has had to top-end talent with the Lightning has already helped her improve her game tenfold.

With speed and precision Unie has the ability to track her opposition across the court and wear down her attacker, playing the typical dogged-defence role to deny crucial ball into the goal circle whether she is playing on the wing or in the circle. The 23-year-old may have plenty of development ahead of her, but with the experience and influence of Laura Langman and Karla Pretorius training beside her over the past few seasons she has plenty of chances to prove herself and step up to the plate. While Unie has not had a load of court time for the Lightning just yet, if the opportunity presents itself she is one to watch out for through the midcourt.