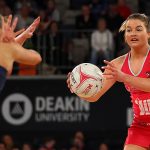 EACH week the Draft Central team will focus on one Suncorp Super Netball player across the round and take a look at their individual highlights, key moments and improvements across their match. Our player focus for Round 1 is Adelaide Thunderbirds’ Maisie Nankivell, with the youngster developing impressively over the off-season and contributing well in the opening round. Each set of notes showcases the opinions of our writers individually.

A talented South Australian who has impressed through the pathways, dual-athlete Nankivell put on a show in Round 1 with her versatility and excellent work ethic. Offered a full contract for season 2020 after stepping up as a training partner with the Thunderbirds last season, the midcourter plied her trade well against the West Coast Fever on the weekend to finish with three gains (three pickups, two intercepts and one deflection to advantage) and led the Thunderbirds assist tally with 12 from 25 feeds, though racked up 14 penalties in the process, the highest midcourt tally for the round.

Here’s what we had to say.

Nankivell played a really consistent game to start the year, improving as the game went on and continuously fighting to chase down the loose ball. She was unafraid of her more experienced opposition, and while she was held accountable by Ingrid Colyer in the first quarter Nankivell exploded out of the blocks in centre in the second quarter, relishing the extra space and making her mark on the game. Her defensive approach to the position and relatively clean hands paid off, and she showcased her ability to work back into the game with her second and fourth quarter efforts impressive. As the match went on and the margin extended Nankivell’s cleanliness reduced in haste to get hands to ball, but overall she put out a quality all-round performance.

Nankivell was strong through the midcourt and on circle edge with her balance and core strength an obvious focus of her game. She generated plenty of opportunities for the Thunderbirds with her drive and physical presence on court to manhandle her opponents and win ball back. When in centre she was not afraid to thread the needle into the goalers, backing herself whether it was from circle edge or in the middle third such was her confidence on the delivery. Nankivell impressed with her smarts at the centre pass, shutting down the Fever and clogging up the middle third with her shadowing movements and intensity. Her effort did not waiver throughout the four quarters working tooth and nail to have an influence in both positions and using her clever footwork to dance around the body of her opponent to win ball back.

Dual code athlete Maisie Nankivell made her mark on the SSN competition following a confident performance in the opening game against the Fever on Saturday. She started the match with intensity, matching up well against Colyer from the outset with plenty of physicality. Her tracking ability is impressive, along with her rangy arms and strong three foot mark. She also provided fluency in attack and was a real workhorse on transition play, even winding up and delivering a long bomb feed from the transverse line. Her fantastic vision continued to be on display when she moved into centre near the end of the second quarter, sending co-captain Hannah Petty to the bench. Although the Thunderbirds didn’t manage the win, Nankivell put out a solid performance. Her athleticism and feeding ability make her a key midcourt threat for the Thunderbirds and after this strong start we can expect to see a lot more of Nankivell as the season progresses.

Surrounded by international talent in fellow midcourters Chelsea Pitman and Shadine Van der Merwe, Nankivell shone brightest in the Thunderbirds’ tough 12-goal loss to the Fever applying constant pressure to her opponent. She played the physical style of game we are used to seeing from her and reaped the rewards with multiple intercepts and deflections. Had a particularly impressive second quarter playing on Verity Charles, disrupting the play on multiple occasions whether it was through a deflection or intercept. Nankivell combined defence with offence as she showed her prowess at the attacking end which we did not see much of from her in 2019, impressing with her feeds into the goal circle and forming a great 1-2 punch with Pitman at the edge of the circle. 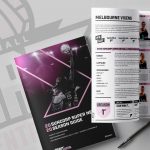 We are excited to announce our second Suncorp Super Netball magazine just in time for the season to begin. Faced with unprecedented times, Draft Central has worked hard to construct a magazine for netball lovers across the globe focusing on the 2020 SSN season and briefly recapping the 2019 action.

The magazine includes individual player profiles in each team as well as a list of training partners to ensure you can stay up to date with all the SSN news. You can find player features from Melbourne Vixens youngster Elle McDonald and Collingwood Magpies replacement player Molly Jovic inside, as well as the Draft Central team’s predictions for the season ahead.

If you are interested in being notified on further magazines please sign up below and don’t forget to join our Netball Draft Central group to join in the conversation.

If you are passionate about netball or multiple sports and wish to receive monthly EDMS of our most popular content, or even just when the next magazine drops, fill out the form below. 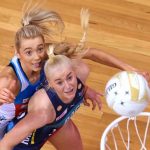 WITH so many changes happening over the last few months – think global pandemic, Australian Diamonds pregnancies and two goal super shots – something that has somewhat shifted to the backburner coming into the 2020 Suncorp Super Netball (SSN) season is the addition of the rolling substitutions.

Trialled in the Australian Netball League (ANL) in 2019, rolling subs bring a new factor to the game of netball – and whether you love the new rule or you hate it, if there was a year for rolling subs to be brought into the SSN, it would be 2020, as posed by the Centre Pass Podcast during the week.

With a new-look season beginning on August 1, this rule change may actually become a welcome change with no fixture confirmation as of yet – just 10 days out – and promises of a full 60 match season plus finals in tow, though no necessary timeframe for all these matches.

The Super Netball could take some notes from New Zealand’s ANZ Premiership, with ANZ teams well used to playing multiple games per round over the past few seasons, upping the ante and doing five matches per round this season with only six teams in the competition. Alternatively, the SSN could adapt that fixture style and play midweek games instead, to give teams a couple days off between matches.

The potential of a more condensed season with the same expectations but a quicker turnaround of past seasons means the introduction of rolling subs could actually pose a crucial addition to the season, giving players welcome breaks to help manage their load and remove some of the potential for injury.

That being said, with the announcement during the week that the competition will play out in Queensland, the removal of interstate travel will allow better recovery and less movement by teams, with entire lists plus training partners making the move to the Sunshine State.

There is no limit to the amount of substitutions made per team per match, adding an interesting element along with the question of how frequently changes will be made, especially within those teams that do not typically make use of their bench frequently. Factoring in the addition of the two goal super shot, it will be very interesting to see whether teams combine the two rules across the last five minutes of a quarter, with some teams certainly having the potential to benefit more than others.

Regardless of how well the rule change goes down, there is no doubt that the addition of rolling subs could be a make or break for the 2020 SSN season and many of its players.