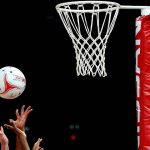 WITH the introduction of the two goal Super Shot to the Suncorp Super Netball (SSN) for season 2020, we delve into the rule changes in the SSN in recent seasons. While some rules have less impact than others, there is plenty to unpack when it comes to why fans and players alike are so frustrated with the changes to netball in Australia.

Starting with ultimately the most controversial and unpopular rule to-date, the two goal Super Shot. Its introduction has thrown a huge spanner in the works for clubs, coaches, players and fans alike six weeks out of from the beginning of the season. Already a contentious announcement, players were blindsided by the rule change, not consulted prior to the announcement on Tuesday and leaving many up in arms and confused by the decision to go ahead with the major rule change.

With fan engagement one of the most important factors in Super Netball’s success, the league’s deliberate decision to go ahead with the rule change regardless of the unpopularity as shown in an earlier survey conducted by SSN itself, has alienated many fans and could see many turn away from the competition because of it. With a lot of netball fans real traditionalists in the way the game is played, a massive change like this will leave a lot of fans wondering whether they will continue to financially support a league that continues to move further and further away from the typical netball game.

In a media release issued by the Australian Netball Players’ Association (ANPA) on Wednesday, ANPA President and former Diamonds representative Nat Medhurst said that the lack of communication from the Suncorp Super Netball is not good enough, while New Zealand Silver Ferns coach, Noeline Taurua also disagreed with the significant change in rules.

“For a decision of this significance to be made and announced without any engagement with the players, just six weeks out from the start of the season, is extremely disappointing and disrespectful,” Medhurst said.

“The players believe this initiative has been handled poorly, not for the first time, and it cannot happen again. We have written to the SSN Commission to seek their formal assurance on that.”

Another decision made ahead of the season’s start is the introduction of rolling substitutions, though the difference here is that the announcement was made far in advance and off the back of testing in the Australian Netball League (ANL) in 2019. A huge change to the way the sport is played, rolling subs could be a massive game-changer in the Super Netball given it will be an entirely new aspect to the sport that many have not yet seen in action and may not be entirely happy about. With so much changing at once, there is potential for the 2020 version of Suncorp Super Netball to look like an entirely different sport – which then brings us to the next rule change over the past seasons, the tactical timeout rule.

An adaptation over recent years that many have noticed impacts away from the Super Netball competition, the tactical timeout rule allows teams to call two tactical timeouts per quarter, typically adding up to eight timeouts with coach guidance per match. But on the international stage those same rules do not apply, meaning players do not have the same access to coaches and changes to game plans, limiting communication between players to those within the same areas of the court.

While this example is not as significant as something like the Super Shot, questions can be asked of how the lack of tactical timeouts on the international stage actually benefits teams other than Australia, with the entire Diamonds cohort unused to going full steam for the full quarter without that extra guidance. This is not to call the professionalism or skill of the players into question because realistically these are talented athletes who can buckle down to get the job done, but instead bring up an aspect of how it can have a negative impact on the game, especially when having to swap and change between competitions with different rules.

One of the only decisions that has not significantly changed Australian netball is the introduction of bonus points per quarter won during a match. Where the aforementioned rules can arguably change games for the worse and have a negative impact on Australia’s performance at an international level, this is one of the changes that can actually boost the Diamonds’ chances of success.

After two seasons with bonus points, many players are now well and truly used to kicking their game up to the next gear to ensure they win that bonus point and climb up the ladder or deny their opposition a chance at full points per round. But this change arguably does not have a bad impact on the nation’s potential internationally which is what makes it one of those rules that does not fundamentally change the game, instead just a point of difference for the competition compared to other domestic leagues.

Where rules such as the bonus points for winning quarters could actually be a booster to Australia’s chances internationally, huge changes like Super Shots and rolling subs could seriously hurt Australia on the world stage. While Super Netball players are professional enough to not need to rely on double goals or constant substitutions to win games, the further that Australia’s domestic netball moves away from the traditional game so do the Diamonds, having to constantly readjust to different rules.

For such a major adaptation to the game to be made with little to no communication to clubs, players and coaches – less than two hours notice of the announcement, in fact – is a real slap in the face with just six weeks left before the season starts. Factor in the need to now add a new element to team strategies that have already had to adapt to the rolling subs rule, and teams have very little time to prepare for a competition that will look very different to past Super Netball seasons.