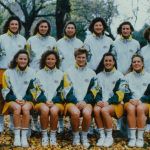 WITH netball taking a back seat to coronavirus in 2020, Draft Central is taking a look at memorable matches in world netball history. Next up is Australia’s 1991 World Netball Championship triumph in Sydney over New Zealand, with the one-goal victory the start of a decade of Australian netball dominance on the international stage.

The 1991 World Netball Championships saw a new dawn in netball, with the sport getting further support and a then world record crowd of over ten thousand fans showing their support in Sydney. It was the first year that the knockout phase had been introduced, with the final four predictably being undefeated Australia and New Zealand, closely marked by England and Jamaica. One for the history books, it was also the first time an Australian Prime Minister had been present at an all-female sporting event with Bob Hawke in attendance for the first Australian World Netball Championship triumph on home soil.

New Zealand was the team to beat heading into the tournament, as the world number one nation and the most recent world champions in 1987, but Australia would stop at nothing to get the green and gold over the line. With regular wing attack in Sue Kenny unable to take the court with injury following Australia’s semi-final win against Jamaica, the side was not at its usual firepower but did not let it stop them from achieving that final goal.

But where Australia had the drive to win, New Zealand was always one step ahead at every change, maintaining that ounce of control to lead the Aussies who, to their credit, never stopped in their pursuit. Vicki Wilson was spectacular as ever throughout, holding down the fort in goal shooter for Australia with 42 goals to her name, aided by Catriona Wagg in goal attack who did not find much of the post but was accurate when she did so. Wagg teamed up well with Shelley O’Donnell to deliver ball on a silver platter to Wilson, whose footwork was remarkable evading the tight double defence in the circle.

Wilson was threatening at the post but the likes of Waimarama Taumaunu and Robin Dillmore were relentless, rendering Wilson to a lower accuracy than she typically recorded, as Wagg’s low tally placed more pressure on the talented goal shooter. At the other end of the court, Tracy Eyrl-Shortland and Julie Carter were that bit more consistent in their sharing of the load, forming a tight attack line that Australia defenders, Michelle Fielke and Keeley Devery at times could not contain, seeing Roselee Jencke come off the bench and have an immediate impact with her vision and ability to confuse the space.

Eyrl-Shortland and Carter were phenomenal at the post, with poise and accuracy seeing New Zealand combine for 87 per cent of their attempts, as opposed to Australia’s 77 per cent. None of the four goalers were afraid of attempting the long bomb, making every shot a crucial opportunity for a defensive rebound to propel the ball back up the court.

The speed with which both teams ran down the court was impressive, with the centre battle between Carissa Tombs and Sandra Edge spectacular as both players used every ounce of their endurance and speed to evade the other, driving with precision and constantly applying hands over pressure to limit vision down the court. Where O’Donnell used her smarts to find circle edge, she was well and truly dogged by her wing defence in Louisa Wall who applied a constant pressure, unafraid of the contest, while Simone McKinnis was formidable with her speed and hands over pressure to block Joan Hodson’s vision in attack.

With the match likely to go toe-to-toe throughout, the final quarter saw neither team willing to give up any momentum. The Aussies had managed to stop New Zealand in their tracks at the end of the third, holding up an almost certain goal to ensure they were only down by the one goal heading into the final term. Overall, Australia was cleaner than the Kiwi outfit, and while the green and gold missed more attempts on goal, they also put up eight more shots than New Zealand. Add on that the Kiwis doubled Australia’s penalty count in majority of the quarters, and it’s a hard stat to look past when the margin comes down to a single goal.

While Australia had the first centre pass of the final quarter, they were continually thwarted by New Zealand’s patient approach in attack, equalising again and again to build up pressure on both teams. As the two teams continued to battle, real flair began to come out as the speed of the match lifted once more. With a two goal lead with under five minutes left to play, New Zealand only needed to maintain some clarity down the court to go back-to-back world champions, but the Aussies had other ideas, turning over on a crucial New Zealand centre pass and evening up the ledger with just over two minutes on the clock and frantic play to ensue.

Two late intercepts from opposing defenders in Taumaunu and Jencke settled the score with under 30 seconds left in the match, as Taumaunu foiled Australia’s plans in attack before Jencke turned over the ball, and with confusion as to whether the final whistle had been blown, Australia claimed its sixth World Netball Championship title.