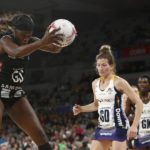 AFTER an extended break due to the COVID-19 pandemic, the Suncorp Super Netball (SSN) season is set to commence on August 1. Draft Central takes a look at each team, with Collingwood Magpies up next on the list.

The Magpies had a strange 2019 season, racking up seven wins and two draws. The side found plenty of purchase through the middle of the season and had a stellar patch to finish, making the finals thanks to a magnificent win against the Vixens in the last round, before then falling to the Vixens in the first round of finals. Overall, the Magpies were a force to be reckoned with thanks to their ability to pull out unsuspecting wins but also lost a couple of matches with a lack of consistency and connection down the court and a couple of major injuries putting their season in doubt. With Madi Browne ruled out prior to the season beginning and Kelsey Browne bookending with the same injury towards the end of the season, the side was interrupted but their good patches were better than most and proved that they could make just about any combination work if they were on. Shimona Nelson impressed upon her move to Melbourne, while Nat Medhurst was a crucial cog in attack, playing almost a dual role in and around the goal circle thanks to her wealth of experience to hold up the circle at times.

Collingwood have an entirely new-look team in 2020, with three crucial players in Medhurst, April Brandley and Kim Ravaillion ruled out with pregnancy and midcourt star Ash Brazill out with an anterior cruciate ligament (ACL) injury acquired in February. But while the side has lost a wealth of experience, they have brought in some quality talent to replace them with Jamaican Jodi-Ann Ward joining the defensive fray to bolster ranks with Geva Mentor and Matilda Garrett, while Gabby Sinclair and Mel Bragg return to the team for a second season, with Bragg elevated to be a permanent player in 2020. Molly Jovic and Julia Woolley also join the fray for the first time, with the duo both snatched up to provide another option in attack and Woolley an interesting selection to join the goal circle given her lack of experience in the elite pathways. The team will need to ensure its connections are on point if they are to challenge some of the top teams in 2020, especially given the new two goal Super Shot with some inexperienced players in the midst.

Nelson had a breakout season last year, increasing her volume and accuracy across the season and will have to do the same in 2020 given the loss of Medhurst in attack. While Medhurst did a wealth of work to get the ball to Nelson in 2019, plying her trade and helping the young goaler develop her craft, Nelson will be the go-to girl this season  but could really lack that backup goaler stepping up that she relied on to generate ball, meaning the Magpies could be in a lot of trouble if she cannot get easy access to the ball under the post. With an impressive aerial ability and accuracy, plus her ability to put pressure on the scoreboard and she will be a real player to watch this season. Her development was second to none last season but will need to step up once again this year as the experienced player at the post, and will want to continue her development to ensure she brings her strong hands from the get-go to be a consistent threat at the post.