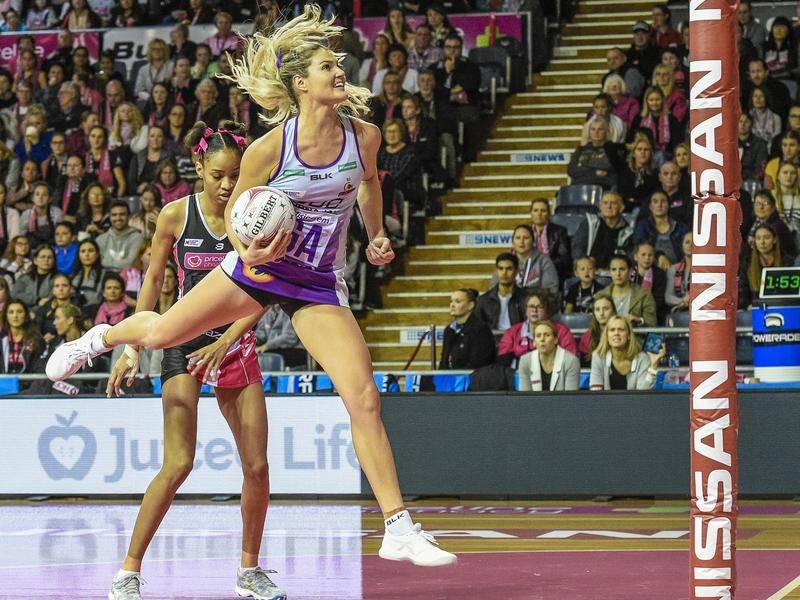 WITH both the Suncorp Super Netball officially over and award season done and dusted we look at which players took out the Most Valuable Player award at each club and their 2019 season.

The New Zealand Silver Ferns recruit had a huge influence on the Adelaide Thunderbirds leading from the front with her strong intent, accuracy to post and silky movement across the court. She proved to be a real general in the attack end controlling the flow and ball movement while also setting up plays to keep her side within striking distance. Folau offered plenty of leadership and was composed under pressure finishing the season with 331 goals.

After crossing from Sunshine Coast Lightning, Mentor did not skip a beat with the talented defender putting up a wall in defence and applying her signature pressure. The England Roses international displayed her class to cleanly get around the body of her opponent and force turnovers with her hands over pressure. Her timing and ability to read the play was vital to Collingwood’s success with the defender finishing with 33 rebounds, 86 deflections and 40 intercepts.

The English international maintained her hot form taking out the GIANTS MVP award after once again plying her trade in goals. Harten was cool, calm and collected carving up the court with her movement, drives and vision to open up the circle. Her ability to switch up her game plan from a holding shooter to a moving goaler is impressive and caused headaches for opposition sides. Harten finished the season with 302 goals from 376 attempts along with 142 assists credit to her ever growing partnership with Caitlin Bassett.

After a relatively quiet start to the season Mannix well and truly hit her straps in the latter half of the year upping the defensive pressure and leading the backend with her attacking mentality. The goal keeper did not take a backwards step throwing herself at every cross court ball and using her lean over the shot to worry her opponents out of going for goal. Mannix racked up 45 intercepts, 61 deflections and 14 rebounds to cap off her stellar season.

The Trinidad and Tobago goal shooter took her game up a level this season letting her laid back nature do the talking. Wallace was influential under the post for the Swifts oozing composure and class to take the ball in confined spaces and capitalising on her opportunities with 648 goals from 695 attempts. She used her silky footwork to edge closer to the post and stood up in the big matches when called upon.

In another exceptional season, Pretorius reigned supreme notching up her second Player of the Year credit to her tenacious nature and uncanny ability to win the ball back for her side. The goal defence went about her business using her speed and go-go gadget arms to full advantage picking up 69 intercepts, 72 deflections and 12 rebounds.

The Jamaican goal shooter was the shining light for West Coast who struggled to live up to the hype of last year. She at times single handily won them games thanks to her commanding presence under the post, accuracy and volume. Fowler used her netball smarts to position well in the circle and win one on one battles with the defenders nailing 709 goals from 753 attempts at a staggering 94 per cent while also picking up 44 rebounds.

Although it was a disappointing year for the Firebirds, Tippett took complete ownership across the court with her unpredictable nature, attacking flair and explosiveness. Renowned for her unorthodox style, Tippett went to a whole other level in season 2019 taking the lead in the attacking third and highlighting her accuracy to post with 394 goals from 411 attempts at 96 per cent. Her efforts under the post were equally matched by her work up the court notching up a massive 325 centre pass receives along with 130 assists to round out an incredible season.