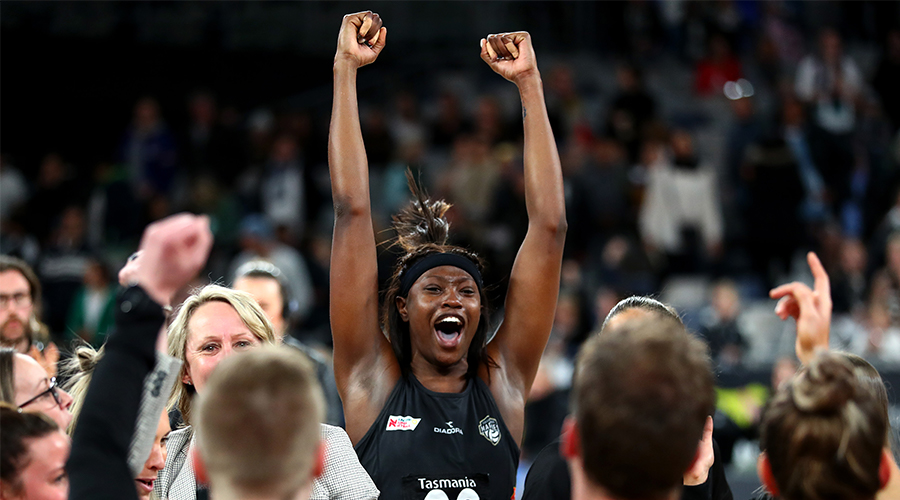 WITH finals on the line the Collingwood Magpies rose to the occasion defeating the Melbourne Vixens by 11 goals (58 – 47) at Melbourne Arena on Sunday.

The Magpies needed to win at least three quarters and the match by seven goals or more to steal fourth place on the ladder from the Giants and sneak back into the top four for finals. Securing the first three quarters of the match and drawing the last, the Magpies did enough to rob the Giants of their position on the ladder by 0.6 per cent. Collingwood made the most of their opportunities early scoring from turnovers while the Vixens struggled to work the ball into their goal circle to convert.

Shimona Nelson and Nat Medhurst were composed in Collingwood’s attack end, moving around the goal circle with precision allowing Ash Brazill and Kimiora Poi to easily feed into them. While down the other end of the court, the Vixen’s were uncharacteristically stuck with superstar midcourters Liz Watson and Kate Moloney both recording their lowest number of feeds for the season, credit to the amount of work the Magpies did in defence. Collingwood wing defence Kim Ravaillion had every move from the Vixens covered while April Brandley and Geva Mentor were out hunting for the ball, putting pressure on passes entering the goal circle. Tegan Philip was a star for the Vixens throughout the match, driving into space well and confidently slotting goal after goal only missing one goal in the first quarter, while teammate Caitlin Thwaites nailed four from four of her first quarter attempts.

Only two goals ahead at the first break, the Magpies came out strong once again in the second with Mentor tipping the ball to Brandley for a Medhurst goal off a Vixens’ centre pass and a few minutes later scoring off another with a Brazill intercept. The Magpies were able to get ahead by eight goals at one point during the quarter but the Vixens settled as the quarter wore on. Emily Mannix and Jo Weston worked hard in defence to try to throw off the Magpies and when the opportunities came the Vixens took them with Renae Ingles, Moloney and Watson safely transitioning from defence to attack closing the gap down between the two teams to only three goals by halftime.

Collingwood swooped in the third quarter, winning it 17 goals to nine. The pairing between Medhurst and Nelson shone with both players scoring from 100 per cent of their attempts in the quarter, although Nelson put up 11 more goals the work Medhurst did out the front to open space for Nelson at the back was terrific. The Magpies were smarter with their ball use, treasuring it with only three general play turnovers for the quarter in comparison to seven from the Vixens. Tweaking with their line-up the Vixens tried to find a way to throw off Collingwood, however, the Magpies ended the quarter 11 goals up and with an important third bonus point.

The Vixens matched the Magpies during the final quarter, midcourters Watson and Moloney worked well together to feed the ball safely into the circle and found room to break free of the Magpies defence while Mwai Kumwenda brought some fresh movement to the Vixens’ goal circle. Aware of what was riding on the final margin, the Magpies remained strong not allowing the Vixens to trim down the margin they had worked so hard to build. Mentor deflected pass after pass to slow the Vixens while Brazill continued to apply pressure across the court. It was a four-quarter performance from the Magpies that sees them heading to finals on a high, leaving the Vixens with a week to bounce back before coming up against the Magpies again in the minor semi-final.

Speaking after the match Vixens head coach Simone McKinnis said she was disappointed in the loss but they still have next week.

“Magpies were all over us right from the word go, so disappointing but we have to look at next week,” she said. “We seemed a bit hesitant across the court particularly down in that attack so maybe it’s that confidence and that bit of belief that’s maybe missing at the moment so we’ve got to talk that through.”

“We went into this game wanting it to be about us and our season playing in preparation for next week, certainly playing against a team who’s playing for their season but heading into finals you should be able to withstand that sort of drive from a team and I don’t think that we handled it very well,” McKinnis said.

While assistant coach for the Magpies Nicole Richardson who along with fellow assistant coach Kate Upton filled in for Collingwood head coach Rob Wright again this week said she was proud of her team.

“If they were going to bring it, today was the day to bring it. We spoke to them before the game, I speak a lot about their heart and their head and I thought they brought that today. We also spoke about they had a choice, the door was ajar they just needed to take a foot through it and they were given a choice a choice in what they wanted to do and the performance they wanted to put out there and you can’t fault them. From a club we’re so proud of what the girls put together and I’m sure Rob back in Sydney will be just so proud and pumped of the performance the girls have been able to put out and it’s not just about today their past month’s been very good we knew they could play that brand of netball, it’s just taken a little bit to get it out of them so hopefully we’ve got some momentum going into finals and we’re actually there not to make up numbers we’re there to do some damage,” Richardson said.

“It is a massive step for the club to play finals you put it in the perspective of the year with Rob losing his mum and the two Brownes going down they are a big big part of our club and we spoke about that before the game. We spoke about the people who weren’t here today and the people who weren’t on the court it was about doing it for them and about doing it for themselves,” she said.

Brazill was named the Nissan Player of the Match for the third week in a row for the Magpies and Richardson had nothing but praise for the new-found centre.

Looking to next week and reflecting on the game Richardson said she does not think the Vixens held back knowing they were going to finish third on the ladder either way the day went.

“I think Vixens even though they had nothing to play, the rivalry between the two clubs is massive so what they had to play for today was to knock us out of the finals so they still gave it their all and their heart and soul so I would expect the same intensity of the game and we need to ensure that we can then lift to another level to can match it again,” she said.