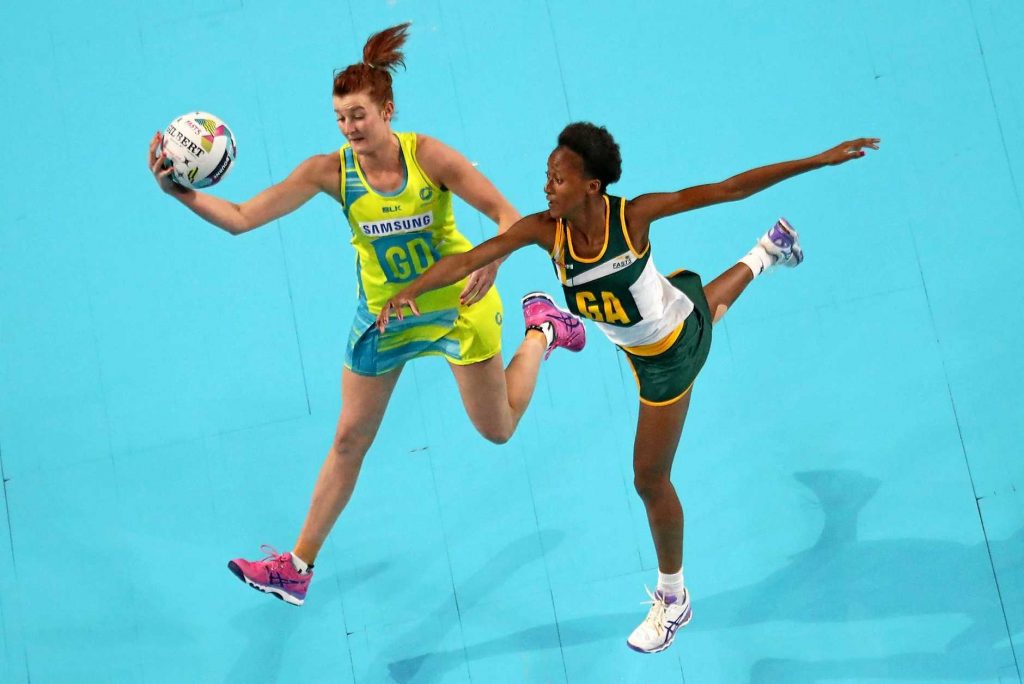 THERE are a number of netballers in the world that have or could have pulled on the international dress for more than one country throughout the career. With netball on hold due to the outbreak of COVID-19 Draft Central has decided to take a look at those players and their international careers and what could have been. The next in line is Australian defender turned England Roses representative Kate Shimmin.

Although she never exclusively played for the Diamonds, there is no denying that Shimmin is one of the most electrifying defenders to grace the court with her impressive aerial abilities. After spending years training with the Diamonds squad and representing Australia in the 2014 and 2016 Fast5 series’, the talented defender decided to switch teams and countries in hope for more opportunities on the big stage. Shimmin also donned the green and gold dress at Under 21 level showcasing her skill and dominance but never quite managed to crack into the Diamonds team given the amount of star power.

Standing at 185cm she is not the tallest defender to pull on the goal keeper or goal defence bib but she well and truly makes up for it in the air, using her leap to bounce into the air and snatch the ball. She is never out of the contest, constantly throwing her body on the line to reel in an intercept and is hungry for turnover ball. She is a versatile defender that can also move into wing defence when needed and is quick on her feet. The long armed defender is able to cause doubt over the shot and deflect crucial ball to provide her team with a wealth of opportunities. She can switch her defensive mindset to a more attacking one in a heartbeat, and often provides that backup option on the transverse line. Her game play has gone to another level alongside the likes of excitement machine Shamera Sterling and Shadine van der Merwe at the Adelaide Thunderbirds.

Now playing for the England Roses, Shimmin has proven that she has the class and skill to perform at an international level matching up against the likes of Silver Ferns shooters Ameliaranne Ekenasio and Te Paea Selby-Rickit. Having only played in five international games so far, the future is bright for Shimmin with the 28-year-old defender looking to cement her spot in the squad on a permanent basis. Playing alongside Geva Mentor, Stacey Francis and the experience of Jade Clarke out in wing defence, Shimmin has plenty of knowledgeable netballers to aid in furthering her craft. She is deceptively quick off the mark and can adapt her play accordingly depending on what the team needs. She can inject that element of surprise and physicality to keep the attackers on their toes and never settles in defence constantly on the look out for the next move.

Faced with the likes of towering Jamaican goal shooter Jhaniele Fowler and Romelda Aiken in the SSN along with Australian captain Caitlin Bassett and power house Gretel Bueta, Shimmin has become accustomed to the tall timbers and the importance of quick footwork to get under the skin of her opponents. With talent to boot, it is fair to say that Australia well and truly missed out on the services of Shimmin when it comes to wearing the Diamonds dress, however the Roses will be extremely happy to have acquired the defender.