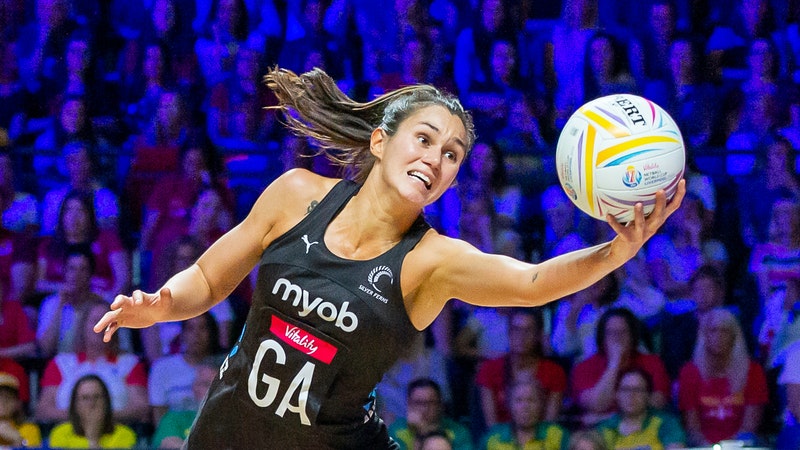 THERE are a number of netballers in the world that have pulled on the international dress for more than one country throughout the career. With netball on hold due to the outbreak of COVID-19 Draft Central has decided to take a look at those players and their international careers and what could have been. Next in the series is New Zealand sweetheart and gold medal winner Ameliaranne Ekenasio.

Although she never pulled on the green and gold dress, Ekenasio could have represented the Diamonds given she was born in Queensland. The shooter spent time with the Queensland Firebirds in the early stages of her career playing alongside some of Australia’s most notable defenders in Laura Geitz and Clare McMeniman. While she struggled for court time given the presence of Romelda Aiken, the talented goaler proved more than once that she was cool, calm and collected on court able to sink them from long range and back herself under pressure. Ekenasio would have been a handy inclusion in the Diamonds side with her silky movement and rangy shooting consistently doing the talking.

After spending four years with the Firebirds, Ekenasio decided to make the trek across the ditch and join the Central Pulse in the ANZ Championship where she blossomed into a shooting sensation full of confidence. A regular starter in the Pulse line-up, Ekenasio quickly became renowned for her ability to create space and become a force to be reckoned with on the netball court, eventually catching the eye of the New Zealand Silver Ferns.

She debuted for the Ferns in 2014 and became a permanent fixture in their line-up for years to come thanks to her impressive timing, strong drives, ability to glide across the court and sheer netball nous. She is a focal point for the Ferns side with the talented goaler not shying away from the pressure instead rising up to the occasion as shown in the dying seconds of the 2019 World Cup Gold Medal Match where she sunk one of the most important goals of her career.

Ekenasio oozes class, commitment and dedication, returning to the elite level of netball shortly after giving birth and has continued to deliver time and time again. Her on-court leadership as shown with her brief captaincy of the Ferns along with precision ball placement and skill to change up her game play depending who is on court with her makes her hard to stop. In recent outings her connection with Maria Folau has torn opposition defences apart, while at a domestic level, her shooter-to-shooter interplay with Aliyah Dunn is too hot to handle.

At the ripe age of 29, Ekenasio is not showing any sign of slowing down and still has plenty of years ahead of her as shown by fellow past and present Silver Ferns stars, Irene Van Dyk and Laura Langman. The 186cm goal attack has played 41 caps for the Ferns and will be hoping to build on that when netball returns. Although she is now a Silver Ferns, fan favourite, it is fair to say that the Australian born shooter would have been a valuable asset to the Diamonds given her high work rate, effortless movement and impressive footwork to dance across the court.