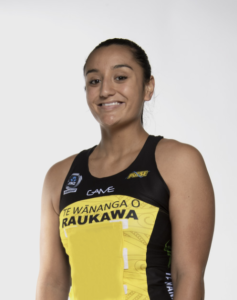 The young shooter has come along in leaps and bounds and continues to build as a strong option in the goal circle. Entering her fourth season with the club Metuarau is one to watch with her presence in the attacking third and play making abilities second to none. Despite only being 19, the goaler oozes a sense of calmness and experience given her lengthy stint with the club. Metuarau is accurate to the post, able to slice and dice her way through the goal circle and hold strong depending on the defender. She is not often fazed by the physicality and hustle and bustle of her opponents instead often thriving on the challenge and standing up under pressure, growing with confidence each and every time she steps out on court.