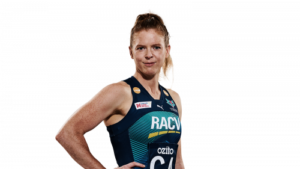 A player who is more than capable of finding the post and holding her own against any number of defenders, Philip is a critical player in the Vixens lineup thanks to her speed on the drive and ability to put ball to post. A goal attack with plenty of versatility, Philip can be a real playmaker in and around the circle with her impressive vision and ability to find the ball with ease, forming a handy option at the centre pass with her speed off the mark and drive down court. While Philip has not consistently plied her trade with the Diamonds, she has proven on a number of occasions that she is more than capable to stepping her game to that next level thanks to her overall speed, footwork and ability to create partnerships across the court. Her drive to post is second to none, making her a threatening option at the post when she is on song.