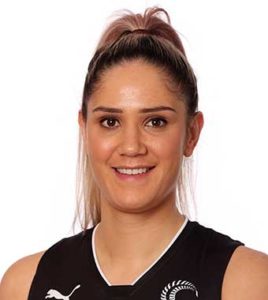 After making the switch to the Tactix this year the goal attack will be eager to have an impact under the post with her accuracy to post, silky footwork and drive. Selby-Rickit will offer a wealth of experience and that extra layer of class to the Tactix line-up. The Silver Ferns goaler knows what it takes to stand up under pressure and deliver something she will be wanting to replicate this season. Standing at 188cm, Selby-Rickit can play the role of both a holding and moving shooter with ease while her netball nous is also impressive. She can sense the moment and command the ball whether it be under the post or in the attacking third. The 28-year-old is quick on her feet, able to dart in and out of the circle and is clever with ball in hand creating attacking forays. Her strength on the rebound is also another asset of her game play.