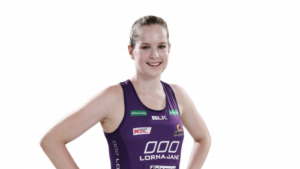 After all but cementing her spot in the Firebirds line-up Hinchliffe will be hoping to have an even bigger impact in her third year of Suncorp Super Netball. Her ability to read the play, intercept passes and shut down her opposition is what makes her such an exciting young talent. The 21-year-old offers plenty of excitement and will be an interesting prospect to watch blossom in 2020 after being selected for the Australian Development team last year.

Hinchliffe has proven that she can hold her own against world class shooters such as Caitlin Bassett, Jhaniele Fowler and Caitlin Thwaites. The goal keeper has the skillset and endurance to push out to goal defence when need be while also showcasing her versatility to occasionally pull on the wing defence bib. Her hands over pressure and quick footwork makes her a daunting prospect in the goal circle.