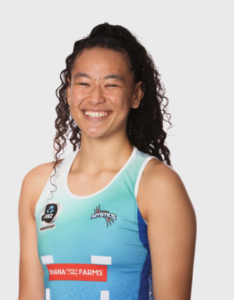 Still honing in her craft, Tui could become another shooting sensation along with Nweke. The towering goaler is only new to the ANZ Premiership but has shown that she has the netball know-how, to have an influence under the post. She uses her height to full advantage calling for the ball in the goal circle and holding strongly under the post. She is relatively accurate and can hit the scoreboard easily delivering at a high volume. In recent times, Tui has added goal attack to her repertoire, able to move through the middle third and deliver the ball into the goalers.