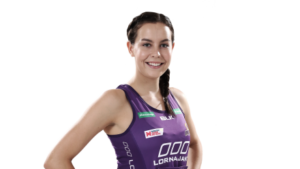 Heading into her second season with the Firebirds, the 21-year-old defender will be hoping to have more of an impact and let her defensive attributes do the talking. Renowned for her hard work and reliability down back the youngster has plenty of upside. She has been subjected to her fair share of injury problems at such a young age, rupturing her Anterior Cruciate Ligament (ACL) back in 2015 but she did not let that slow her down, instead putting in the hard yards to come back bigger and stronger.

Bakewell-Doran is yet to get her debut at Suncorp Super Netball (SSN) level but has left her mark in the Australian Netball League (ANL) with her tenacity and commitment to the contest. Coming back from an ankle reconstruction last season, her main aim for the 2020 season will be getting some continuity into her. She is a resilient and hard-working defender that oozes versatility able to seamlessly transition between goal keeper, goal defence and wing defence such is her netball nous.