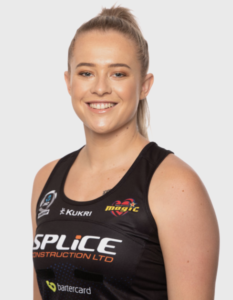 An experienced shooter who unfortunately copped a serious knee injury in 2019 during the Cadbury Netball Series. Falkner is a player who has always had the talent, coming through the New Zealand Silver Ferns junior pathway program, representing her nation in a successful 2017 World Youth Cup campaign. Currently a Development Squad member and called upon to step up for New Zealand in the 2018 Fast5 Netball World Series-winning side, Falkner is there abouts with the international side and will be looking to prove her case to selectors with a big year and the absence of Maria Folau from the Silver Ferns line-up.