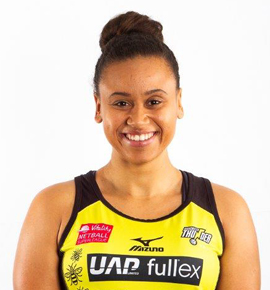 A quality player in every sense of the word, Malcolm is one of those midcourt options who you can ultimately throw anywhere and know she will not only give her all but also thrive in the position. Though typically a defensive midcourter rotating through wing defence and centre, her transition from defence to attack has proven the 175cm speedster has no issue with rotating into wing attack, cleanly propelling the ball forward and being a crucial cog through the midcourt. While her versatility is one thing, her consistency is another bonus with an innate ability to read the play and use her experience to stop her opposition in their tracks. Also part of the Roses squad, Malcolm has racked up 28 caps since her debut, unlucky to sit behind quality veterans that still make up the midcourt but more than able to take the court when required.