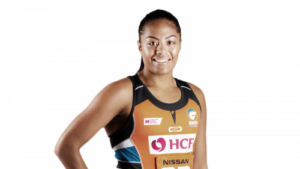 An underrated defender who locked up a spot in 2019 with her strength at goal defence alongside Sam Poolman. Manu’a could play either position in the defensive goal circle and her aggressive nature and ability to stand up when the chips are down are among her best qualities. Her season was so highly rated by Netball New South Wales, that she received the Suncorp Super Netball Player of the Year award, ahead of a number of other incredibly talented players. Still only 24, Manu’a will continue to develop and be a force in the back court.