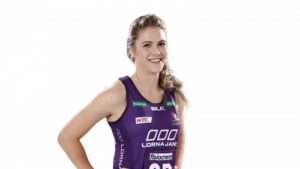 After a breakout season in 2019, Jenner has lifted the bar even higher ahead of the 2020 season. Starring with her clean hands, ability to read the play and skill to take big intercepts the goal defence has quickly become a focal point for the Firebirds defensive end. Jenner has good speed and uses her attacking mindset to help bring the ball down the court. Although she is still honing in her craft, the highly touted youngster oozes excitement and rawness.

Jenner uses her long arms to cause doubt over the shot while her quick footwork enables her to rotate around the body of her opponent. Her versatility to switch between goal keeper and goal defence is also credit to her to her netball nous and high level of endurance. At just 22, the 185cm defender still has plenty of development left her and has already come along in leaps and bounds as shown with her selection in the Australian Development team.