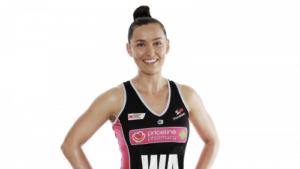 The 27-year-old midcourter made her Suncorp Super Netball debut in 2019 for the Adelaide Thunderbirds. She stepped in to work with Hannah Petty between wing attack and centre, making a breakout 14 appearances during the season and notching up 100 goal assists in that time. She also picked up 85 penalties and will look to improve her tidiness across the court in 2020 to ensure she can remain a constant threat for Collingwood. Her move to the Magpies was a bit of a surprise as it happened during the off-season and COVID-19 lockdown when her name appeared on the Magpies list with little fanfare. She will look for more court time with the Magpies given their high list of injured, pregnant or young players.

Altmann is one of those midcourters who consistently gives their all, able to run all day and deliver to the goalers around her. In a new team she will be one of the more experienced centre court players and will have to call upon her netball smarts to be a driving force through the midcourt. Her well timed leads and strong hands is another key element of her game play.