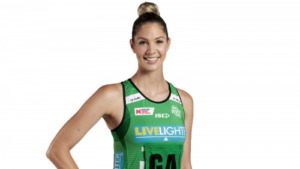 A natural goal shooter whose development has been hampered by the addition of Jhaniele Fowler over the past two seasons, Stanton has effectively been support coming off the bench, or more recently in the goal attack role. She had more influence in 2019 compared to 2018, and could develop into that fully fledged goal attack, but it is hard to take back the goal shooter spot off the best in the world.