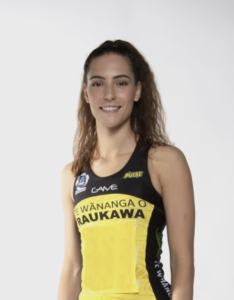 One of the most versatile and highly skilled players in the league, Burger is a defensive mastermind able to swing between wing defence and circle defence. The extra height allows her to be a real force through the midcourt, causing headaches for opposition attackers, often blocking their view with her three-foot marking. She is nimble on her feet and uses her long limbs to create deflections. Her ability to read the play and back herself enables her to pick off intercepts and propel the ball back down the court is second to none. The 27-year-old is heading into her fourth season at the club and has become an integral member in the defensive unit with her innate ability to shut down opposition attacking ends and thrives on the physicality of the contest.