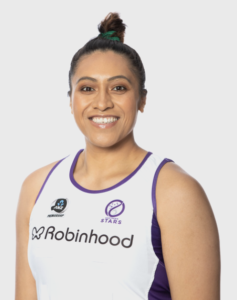 One of the feel-good stories of the competition, Naoupu will return to New Zealand’s elite level after a long lay-off from the elite level of the game due to restrictions. As a teenager, Naopu was touted as a top talent, actually representing the Silver Ferns at Under 21s level and also being a member of the 2012 trans-Tasman title-winning Magic side. Having represented Samoa at the 2015 Netball World Cup, it made Naoupu ineligible to play in the ANZ Premiership until this season, but provides great value for the Stars. Naoupu is able to play in either shooting position and has clean hands, great movement and high netball IQ.