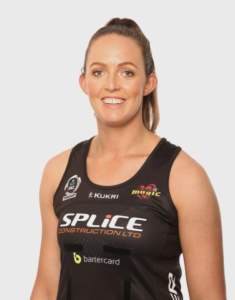 O’Sullivan first came onto the ANZ Premiership scene back in 2018 when coming in as injury cover after playing in the Beko Netball League. That small snippet showed Magic coaches enough that she could make it at the elite level and O’Sullivan became a full-time member of the side in 2019. A talented junior player, O’Sullivan had only returned to the game in 2018 after wanting to put more focus on her career and personal life, but has quickly got back up to speed. In 2020, the 183cm defender will again provide great support in the defensive goal circle.