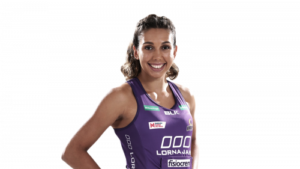 Mi Mi took her game to a whole new level in 2019 and will be hoping to build on that dominance in the 2020 season. It will up to the talented midcourter to take the reins in the attacking third this season with Cassidy returning from injury and the ever reliable Caitlin Nevins retiring. The wing attack has speed to boot, able to dash around the court seamlessly while also using her aerial ability to have a presence.

While she can get caught up in the fast-paced nature of the game, her variety of deliveries into the circle makes her a challenging prospect for opposition teams. Throw in the fact that she can move between centre and wing attack with ease and Mi Mi is one of the keys for the Firebirds success.