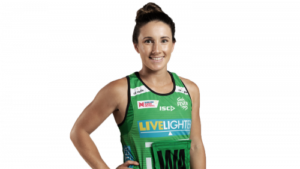 A West Australian local, Colyer has been a big improver over the past two seasons playing out of wing attack and centre, rotating well between the positions with Verity Charles. Most impressively, in 2019 her goal assists when up but her average game penalties dropped from 6.1 to 2.8 in the space of a year. Working on her discipline and court coverage, Colyer provides nice speed around the court and at 165cm, can get under the guard of opposition defenders.