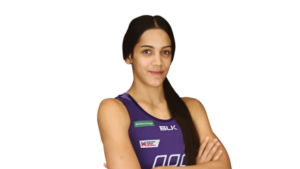 The 24-year-old defender is a relatively unknown quantity but has proven her worth and star power in the Sapphire Series in Queensland taking out the 2019 HART Sapphire Series MVP for her impressive on-court efforts. At 178cm she is a daunting prospect out in her preferred position of wing defence but has plenty of tricks up her sleeve able to rotate into the circle when need be. Veve was a key contributor to the Wildcats throughout their 2019 campaign and will be hoping to bring that intensity and commitment to the Firebirds this year.

After taking a break from netball a couple of years ago, the young up and coming defender has plenty to offer with her strong hands and pressure in the defensive circle a couple of key attributes. Veve is quick on her feet, able to hunt down any cross court ball, force a turnover or gobble up an intercept.