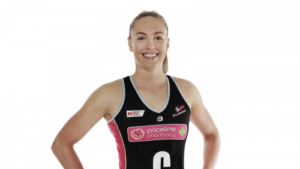 South Australian born and bred, Petty is one of the few Thunderbirds who has been a constant on the line. In 2020, the midcourter will run out for her fifth season in the pink and black, and her durability and sheer determination has helped her earn a spot in the Australian National Talent Squad. Petty brings tenacity to her position whether it be through the centre or wing attack, and while she might be more prone to playing in the front court, her defensive work is a standout and something that draws fans to enjoy watching her.

Petty is clever with ball in hand and can use her change of speed to shake off her opponent and receive the ball. She is quick on transition and often plays that linking role between offence and defence credit to her netball smarts. The 23-year-old is still in the infancy of her netball career but has shown that she has the ability to run both ways and win the ball through the midcourt with her tenacity.