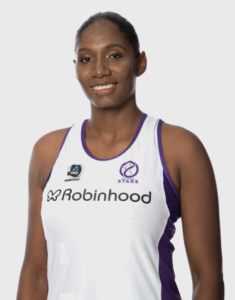 Hailing from Trinidad and Tobago, Swift is a relatively unknown quantity for opposition teams. Standing at 191cm the talented defender offers that extra height down back and is a real presence in the air able to get up to those high balls and control the airways. While it may take time to adjust to the ANZ Premiership environment there is no denying that Swift oozes flair and unpredictability that could help give the Stars that competitive edge down back. The in-circle defender knows what it takes to compete at the highest level playing in the World Cup and Commonwealth Games testament to her general netball nous and ability to stand up under pressure.