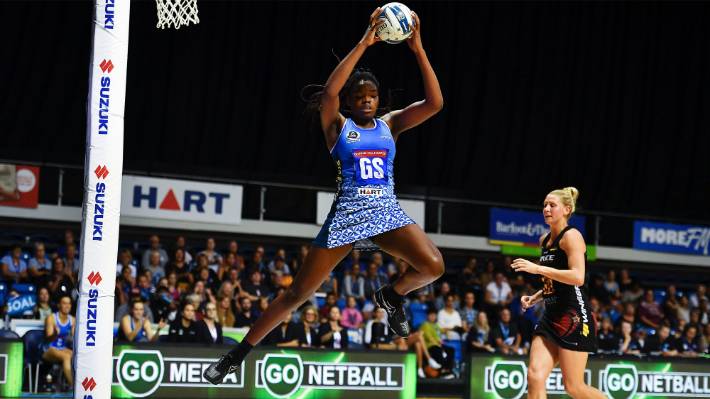 AFTER a week of hotly contested action in New Zealand, Collingwood Magpies and Northern Mystics will face off in a do-or-die clash tonight at the Trafalgar Centre. The game will see a number of tantalising head-to-head matchups, but none more so than that of Geva Mentor and Grace Nweke.

Mentor is considered the world’s best goal keeper, with the English Roses international star, and Collingwood co-captain an absolute rock in defence. She can not only nullify her opponent, but have the flair, grace and class to pick up that crucial intercept and read the ball coming into the goal circle. Outside of her obvious playing ability, Mentor is a composed leader who with Matilda Garrett in the circle, will look to restrict the flow of goal-scoring opportunities to Nweke. As for Nweke, she is the future of Silver Ferns’ netball, already being the standout shooter in a side that features a current Silver Ferns goaler in Bailey Mes. Nweke might still be a teenager, but her smarts and skill, as well as pure volume make her a dangerous prospect for any opposition defence. While Nweke is yet to break through for a Silver Ferns’ debut, it cannot be too far away and she would relish coming up against the best possible opponent. Many eyes will be watching the battle to see how Nweke copes, because it will be a great measure of where she is in the scheme of international netball.

Moving onto the midcourt, and Elisapeta Toeava has proven to be a really slick and delicate user of the ball in wing attack, something the Magpies’ defence will have to be wary of. While Nweke is able to capitalise on her opportunities, it is Toeava, and the likes of Danielle Gray and Tayla Earle who are feeding the ball through to Nweke in the circle. The Magpies have an inexperienced midcourt with the exception of Ash Brazill, as the dominant utility has stepped up in centre, a role she is expected to become more permanent in for 2020 following regular center, Kim Ravaillion‘s absence due to pregnancy. Brazill is surrounded by some up-and-coming talents in Melissa Bragg – who has long been considered good enough for Suncorp Super Netball (SSN) but has just been second in the wing defence role to Brazill – as well as Maggie Lind who in the Super Club tournament has shown she can cope against some talented ANZ Premiership defenders. She might have to deal with Michaela Sokolich-Beatson in the final, who has been in some good form through that role.

Looking at the Magpies’ shooting circle, it will be hard for the Mystics to try and contain the towering presence that is Shimona Nelson. The Jamaican goal shooter is still 21-years-old and getting better by the day, taking firm control during the Super Club tournament, with some great work under the post and accurate shooting – something that has been a knock on her in past years. It helps when teamed up alongside Nat Medhurst who is as reliable as they come, assisting Nelson and then putting up shots herself when required, while Gabrielle Sinclair has also had SSN experience there. The Mystics will look to Silver Ferns’ Phoenix Karaka in order to quell the Magpies’ attack, picking up three rebounds and three intercepts in the semi-final yesterday, though also picking up 10 penalties. Sulu Fitzpatrick is the keeper handed the duties of trying to contain Nelson, which will always be a difficult task.

The Magpies head into this game as strong favourites, having comfortably accounted for ANZ Premiership reigning champions, Central Pulse. The Mystics will need to have superb games from all their top stars to get the job done but with the likes of Nweke and Karaka on fire, anything is possible.