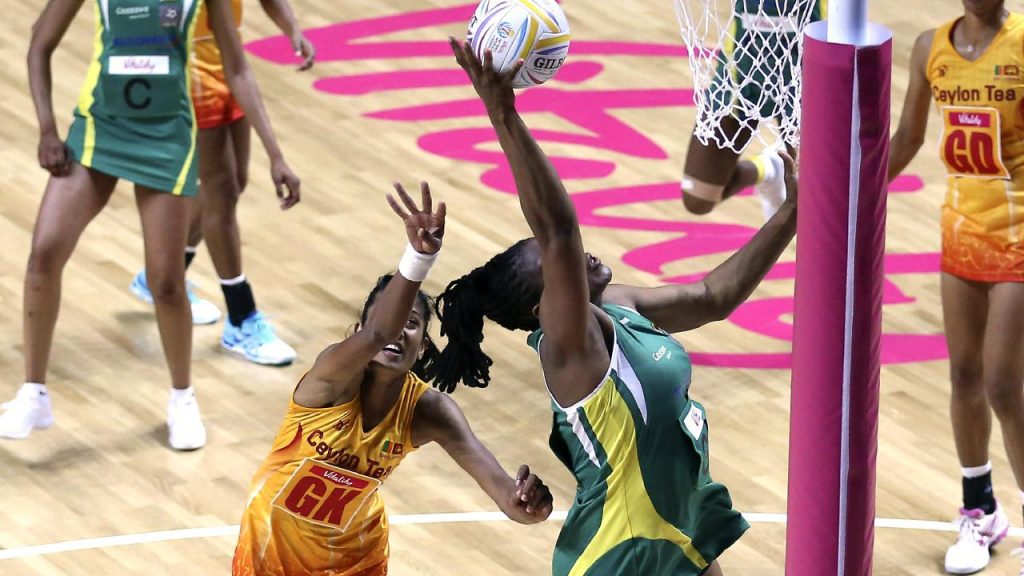 WITH netball taking a back seat to coronavirus in 2020, Draft Central is taking a look at memorable matches in world netball history. Next up is Zimbabwe’s debut win at the 2019 Netball World Cup, winning their first match of the tournament against Sri Lanka, well and truly putting a stamp on the competition in their inaugural World Cup appearance.

A remarkable first Netball World Cup outing for the Zimbabwe Gems saw the nation finish eighth on debut, stopping teams in their tracks with their intensity and excitement on court. While Zimbabwe did not fare too well against dominant netball nations, ultimately going down to five of the seven teams ranked above them – and not playing the other two – the Zimbabwean team injected plenty of flair and energy into the competition. Zimbabwe lost just the one game in the preliminary stage to Australia, but it was their opening performance against Sri Lanka which really put the nation in the spotlight.

An even start saw Zimbabwe eventually control the game, proving they would not be the easy-beats that many expected and using their full court prowess to fly down the court. While both teams had excellent goalers in their midst, Zimbabwe’s Joice Takaidza stood strong and consistent from all angles, able to assert herself on the contest with her smooth moving and exploit Sri Lanka’s weak spots with her impressive accuracy. That being said, it was not just Takaidza that dominated, with midcourter, Perpetua Siyachitema (26 goal assists, two pickups in three quarters) and defender, Felisitus Kwangwa (seven intercepts, five penalties) both crucial cogs across the court. While Sri Lanka had their own weapon in towering goal shooter Tharjini Sivalingam, the nation relied far too heavily on the tall timber who, despite still managing 44 goals at 98 per cent accuracy, did not provide the versatility Sri Lanka needed to convert their opportunities and gave up five turnovers – four from bad hands.

Where Sri Lanka fared relatively well early, they trailed for much of the game credit to the consistency of the Zimbabwean outfit which was spurred on by the excitable crowd. A relatively even first quarter saw Zimbabwe take a five goal lead into the second, and while Sri Lanka posted 29 goals in the first half, a solid total for any team, their defence in Chathurangi Jayasooriya and Gayani Dissanayake were at a loss when it came to limiting Takaidza’s impact on the match as the Zimbabwe unit led by nine at half time.

To Sri Lanka’s credit, the match was well and truly still within reach and they proved that in the third, limiting Zimbabwe to four goals less than both their earlier quarter tallies. However, it was Sri Lanka’s inability to cleanly and consistently turn over the ball from Zimbabwe that was their downfall, and while they managed to somewhat halt Zimbabwe in their tracks, it did not last long. The closeness of the third term did not faze the Gems, still maintaining an 11 goal lead at the final change and exploding out of the blocks in the final term to extend the lead, managing a 10-goal run to deny Sri Lanka any chance of coming back. While Zimbabwe never really looked like losing, it was that final quarter that really saw the side capitalise on Sri Lanka’s errors and wreak havoc across the court, shooting a whopping 26 goals to seven in the last to take out their inaugural Netball World Cup victory, 79-49.

While both teams fired on all cylinders, sitting at 94 per cent (Zimbabwe) and 98 per cent (Sri Lanka) shooting accuracy, respectively, it was Zimbabwe’s ability to turn over the ball and wreak havoc on Sri Lanka’s offence that helped them to victory. Racking up 21 gains to five, Zimbabwe had total control, well and truly using Sri Lanka’s errors to their advantage as the nation racked up 38 general play turnovers. Takaidza managed a hefty total, shooting 59 goals from 62 attempts at 95 per cent while Sivalingam dominated, missing just the one goal. While Sivalingam’s partner in crime Dulangi Wannithileka only put up the five goals, she proved accurate posting all five and racking up 17 assists as she did so. Zimbabwe’s two goal attacks also proved accurate, both just missing the one goal each in their shared role. After Kwangwa, Sri Lanka’s Nauchalee Rajapakse was the only one from her team to collect an intercept with three to her name, while Zimbabwe’s Claris Kwaramba and Rudo Karume collected two apiece.