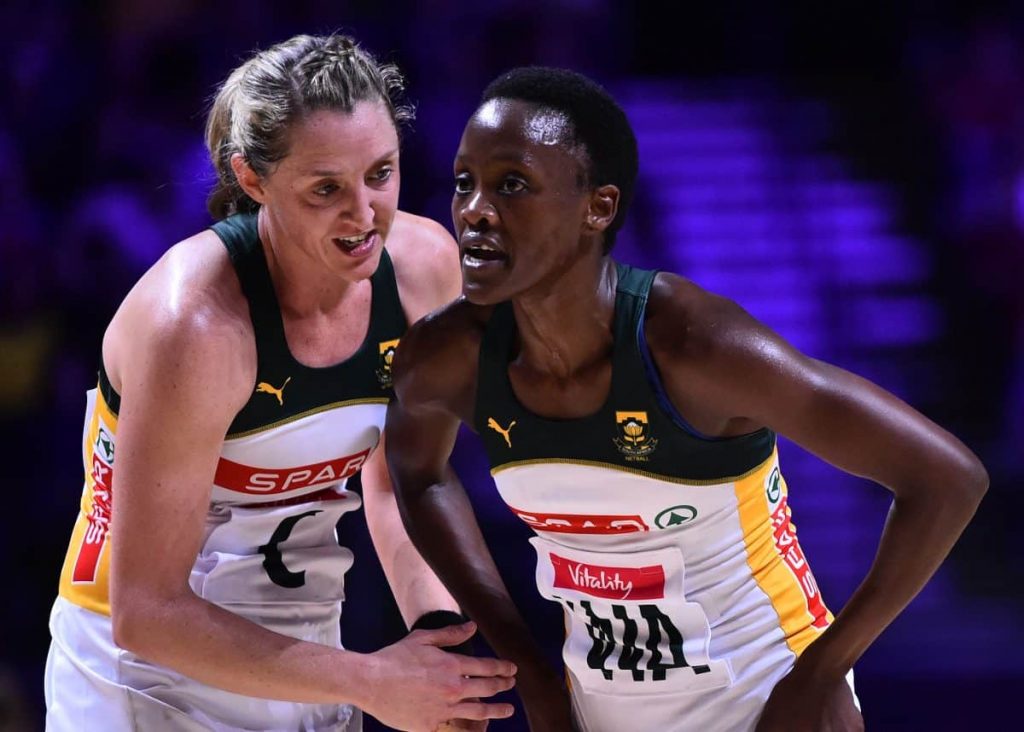 WITH netball taking a back seat to coronavirus in 2020, Draft Central is taking a look at memorable matches in world netball history. Next up is South Africa SPAR Proteas’ stellar three goal victory over Jamaica at the 2019 Netball World Cup. Then world number two nation, Jamaica lost to the Spar Proteas for only the third time, seeing South Africa top Pool C heading into the preliminary rounds.

It was a spectacular start that kept the Proteas ahead from the get-go, limiting every opportunity the Sunshine Girls had to get goals and the board and forcing plenty of errors. While Jamaica has a wealth of talent bookending the court, where they lack some star-power is through the midcourt which is where they were well and truly beaten by South Africa.

The first half went all the way of the South Africans, leading by more than 10 goals at the main change. While it was partially down to the impressive scoreboard pressure the Proteas applied, full credit had to go to the defensive efforts of Karla Pretorius and Phumza Maweni, with the pair denying every opportunity into the goal circle. Where Jhaniele Fowler is a major target at the post for Jamaica, Maweni well and truly shut her down while Pretorius kept the likes of Shanice Beckford away from her range.

Pretorius racked up three intercepts and four gains throughout. A real workhorse through the middle of the court, Erin Burger impressed with her ability to impact on and off the ball and propel the play forward, with Bongi Msomi doing what she does best in attack, running laps around her opposition to hand ball on a silver platter to Lenize Potgieter, who shot 19 goals alone in the first half – only two less than the Sunshine Girls did overall.

But while the first half was all down to South Africa, Jamaica came out flying to well and truly outscore the Proteas in the second half. A massive 17 goal to 10 third quarter allowed the Sunshine Girls to power their way back into the game, only down by four goals by the final change. Burger was well matched in the second half by Nicole Dixon in at centre, while Vangelle Williams did whatever was necessary to limit Msomi’s impact by blocking her every move – but racking up the penalties as she did so, collecting 16 penalties out at wing defence, only two and one less than respective goal keepers, Sterling (19) and Maweni (18). Khadijah Williams racked up the 21 goal assists to form a threatening combination with Beckford feeding into the circle, racking up 12 alone in the second half.

Where goal keeper Shamera Sterling had a messy first half she cleaned up her act later, only picking up the eight penalties in the second half to pull back the margin, but was not entirely able to limit Potgieter’s silky movement at the post. Sterling only picked up the two intercepts across the entire game, with South Africa aware of the goal keeper’s ability to pluck ball out of the air with ease and able to poke holes in the defensive play.

Fowler dominated at the post with ease in the second half, drawing penalties from the long-limbed Maweni and shooting 23 goals at 100 per cent accuracy to keep Jamaica in the game. It was South Africa’s dominant defensive effort that kept them afloat even when Jamaica came out flying in the second half, with five Proteas collecting an intercept to their name. Where the Proteas racked up elements of defensive pressure, they also kept down the penalties, maintaining the defensive without the physicality.

The last quarter was neck and neck with neither side really able to grab the momentum, seeing the score see-saw as each team took advantage of their centre pass. But a vital turnover or two allowed South Africa to always stay one step ahead of Jamaica, never conceding a goal for the Sunshine Girls to take the lead. While the defensive pressure was what saw the game come down to the close margin in the end, the phenomenal scoreboard pressure applied by both goal shooters saw the game come down to the wire with little to separate the two stars.

Fowler missed just the one goal all match for 38 goals at 97 per cent accuracy, while Potgieter was just as solid with 36 from 39 attempts. Their respective goal attacks in Beckford and Maryka Holtzhausen were not quite as accurate, shooting at 74 and 66 per cent respectively, but it was their ability to evade their opposition and assist their goal shooter that allowed them both to still have an impact.