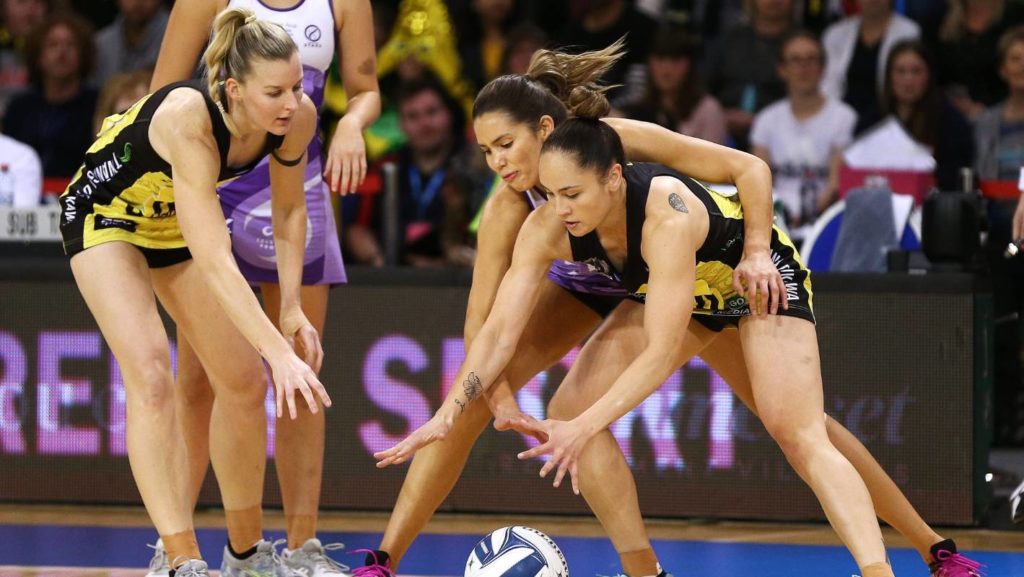 WITH netball taking a back seat to coronavirus in 2020, Draft Central is taking a look back at memorable matches. Next up is Central Pulse’s 2019 premiership victory over Northern Stars.

While this memorable match only happened last year, it makes the cut thanks to it being Central Pulse’s inaugural grand final victory since the club’s inception in 1998. Factor in it was Pulse’s third grand final appearance in a row, and the victory is all the more sweet for the side which sat top of the ladder all season. Despite a solid second and final quarter, the Stars were unable to capitalise on any momentum, falling 52-48 at the final hurdle.

Pulse were threatening from the get-go, with defence holding strong to thwart options in the circle and deny precious goals on the board, propelling the netball down the court to attack and while Silver Ferns goaler Ameliaranne Ekenasio was slow off the ranks with only two goals from six first quarter attempts, youngster Aliyah Dunn stole the show with 10 goals from 12 to ensure a lead at the first break. Whitney Souness was key on circle edge collecting the seven assists from 12 feeds, working well with Ekenasio and Dunn who rotated seamlessly to the post. Souness ran circles around her opposition in Kayla Cullen, finding plenty of space and racking up 20 assists from 38 feeds throughout the match. It was no slow quarter for the Stars however, well and truly in the game thanks to early gains from defenders Leana de Bruin and Storm Purvis, with the duo capitalising off Ekenasio’s slow start and racking up a combined five first quarter gains.

The second quarter saw neither side able to really capitalise, with Pulse unable to pull away from the Stars who had three more attempts on goal but finished the second with 15 apiece for the quarter, down by two goals at the main change. It was an impressive quarter in attack for Pulse who went 15 from 15 for the quarter, with Dunn shooting up a storm while Tiana Metuarau made her way onto the court to replace Ekenasio, not putting up any shots but teaming up well with Souness and Claire Kersten to serve Dunn the ball on a platter. Defensively, Sulu Fitzpatrick and Katrina Rore may not have been racking up the stats but it was the work they did off the ball that made all the difference, making it tough for Maia Wilson and Charlee Hodges to find clean ball at the post. The pair were far more accurate in the second sitting on 83 per cent thanks to stellar feeds from Mila Reuelu-Buchanan and Temepara Bailey who shared the load on circle edge.

Where de Bruin and Purvis were in control early, the third quarter saw Pulse lift their game with Rore and Fitzpatrick reducing the Stars goalers to just 11 attempts, seeing Wilson being tagged out and Hodges having to lift her game to hold down the fort. Bailey moved into wing attack on circle edge but had a tough time with Karin Burger who did not necessarily open her bag of tricks but dogged every effort of the wing attack, reducing Bailey to just the four assists. Ekenasio returned to the court and was far more accurate, shooting four from five to take some pressure off Dunn, with the youngster continuing to put on a show.

A brave effort from the Stars saw them win the final quarter but it wasn’t enough, going down by four goals after an impressive fourth term effort. Where Wilson had a quiet third quarter, she came out of the blocks well to shoot 12 from 14 in the final term, with Hodges, Reuelu-Buchanan and Bailey plying their trade to get the ball to her at the post. But Pulse were just too good, with Dunn and Ekenasio sharing the load to take the trophy home in the intense matchup.
__