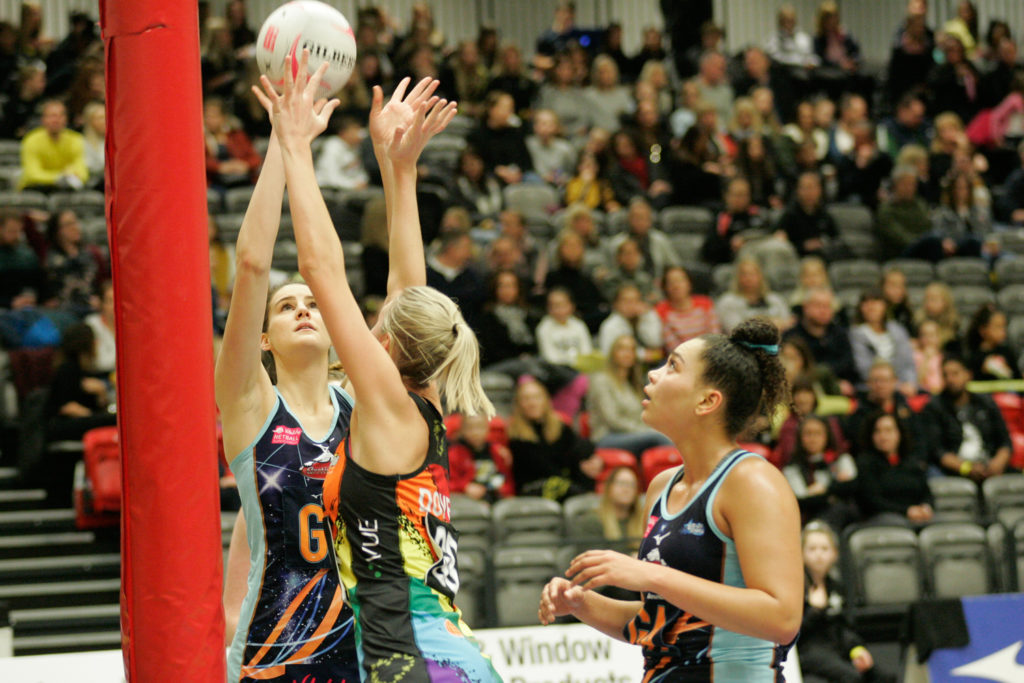 THE Strathclyde Sirens, Manchester Thunder and Severn Stars all brought the new year in with style as all three sides went into battle in yet another pre-season warmup. The new format saw teams play six 10-minute quarters pushing teams to their limits. But in the end it was Manchester that reigned supreme winning both matches, while unfortunately the Strathclyde Sirens failed to notch up a victory in the tournament.

The Stars kick-started their day off with a battle against the Thunder. But Manchester proved too strong for their opponents registering a 19-goal victory, 67-48. The Thunder got off to a hot start and did not look back, opening up a 12-goal margin by half-time. Despite the Stars reducing the deficit marginally, the Thunder kept their foot on the throat. Joyce Mvula was solid as ever under the post for the Thunder, using her athleticism to reel in passes and shoot truly. Her combination with the likes of Ashleigh O’Neal and Caroline O’Hanlon was on full display with the two feeding well into the circle. Defensively, Laura Malcolm and Emma Dovey provided a reset option when moving forward while also plying their trade with their hands over pressure. The Stars found it hard to combat the movement of Mvula with Towera Vinkhumbo and Ella Powell-Davies unable to fully shut down the Malawian shooter.

Despite dropping the game against the Thunder earlier in the day the Stars rectified their issues across the court against the Sirens. It was a tight tussle between the two sides with the lead see-sawing with only goal separating the two sides at half time before the Stars turned it on in the final quarter to win by four goals 45-41. Georgia Rowe got the start for the Stars in the opening term holding strong and finding the net with ease thanks to her commanding height. Nia Jones and Bethan Dyke were solid through the midcourt using the angles to open up the space while doing the defensive things well. Despite challenging throughout, the Thunder made it count in the back half using their ball speed and placement to capitalise on their opportunities and claim their first win for 2020.

In the final match of the day the Thunder and Sirens went head to head with Manchester running out victorious 57-39. Neither side could be split in the first 10 minutes sitting at seven goals apiece showcasing just how intense the game was before the Thunder found their groove both in attack and defence to go on a scoring spree pushing out to a 13-goal lead with 30 minutes still to play. The Thunder meant business and despite an attempted comeback from the Sirens they were simply too good. Eleanor Cardwell headlined the attack end for the Thunder with the talented youngster shouldering the load while pairing with goal attack Kathryn Turner who also hit the scoreboard. O’Hanlon was consistent as ever running up and down the court while the defensive combination of Dovey and Rebekah Airey made for hard work.