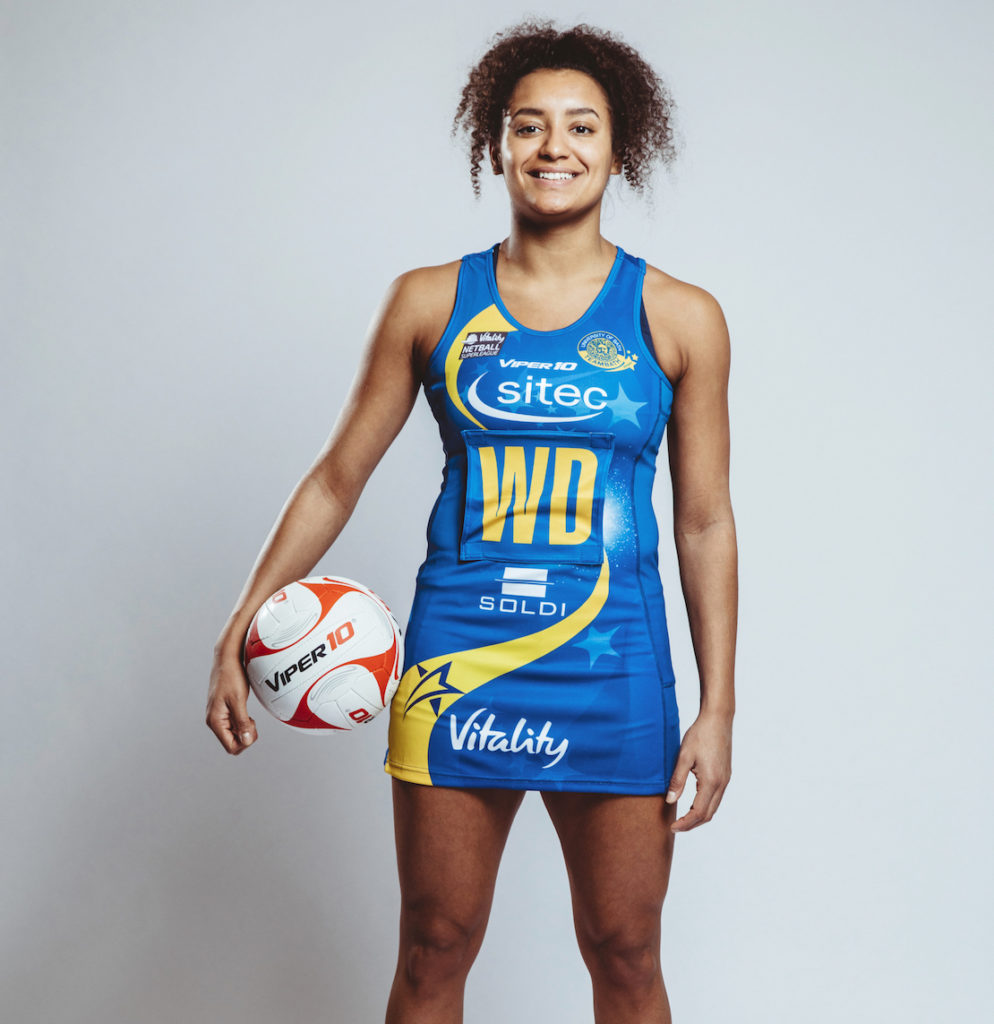 FOR Team Bath young gun Imogen Allison, juggling her studies and netball career has become second nature. Surrounded by the likes of international stars Serena Guthrie and Eboni Usoro-Brown, Allison has plenty of talent to learn from and could one day be a real star of the future in the Roses line-up. Allison has captained Team Bath twice in the pair’s absence. This year will be her third season with the club and the 20-year-old will be looking to push her team deeper in to the finals after falling short last year.

Allison grew up playing netball and dabbled in a few positions starting in at centre and then moving between wing attack and wing defence. But with more exposure and training she eventually developed into a more defensive midcourt player modelling her game off Australian Diamonds wing defence Gabi Simpson who is renowned for her speed, tagging ability and clever tips to disrupt the attacking flow of the opposition team.

“I played five-a-side in primary school while growing up in Yorkshire and then joined a club and started playing seven-a-side when I was 11,” Allison said. “I joined the local club at my school because all my friends were playing. “Watching international netball over the past few years, I have really enjoyed watching Gabi Simpson play and think this is a world class WD that I can learn a lot from watching.”

The youngster poured plenty of time and effort into developing her netball craft. devoting hours to training, travel and of course playing. She played for a variety of different teams throughout her schooling life in hope to try and increase her exposure to recruiters.

“During secondary school I played for many teams including, Yorkshire Jets in the netball performance league, the school team and the regional performance academy,” Allison said. “The more training and playing opportunities I got allowed me to progress and eventually get through trials for the England U17 academy in 2015 and get into the Yorkshire Jets Superleague side in 2017. This was a big step up in play for me.”

While Allison enjoys the training element of the game and the physical demands of netball the centre court player values the camaraderie and friendship associated with the sport.

“I enjoy being in a team,” she said. “The sense of support and playing alongside others to win is why I love playing. I enjoy the close games, where teamwork is needed most to get the team over the line.”

Netball is just one element of Allison’s busy life, with the 20-year-old managing her university commitments and her personal life.

“University is a big priority for me so I try to fit in my studies whenever I am free,” Allison said. “Training and studying on the same campus in Bath really helps because I can take every opportunity I have to get uni work done.”

Having taken time out of the international program for a while to focus on her studies, Allison hopes that one day she will re-enter the English netball program and return to the world stage. During her time with the England program, the midcourt player claimed a bronze medal in the Under-21 World Youth Cup in 2017 in Botswana, proving her class, athleticism and ability to work in a team.

While international success is on her mind, Allison’s main goal is to enjoy the sport and to encourage others to play the game she loves.

“I just want to enjoy the game,” she said. “Playing netball is always something I’ve enjoyed because of being in a team, and now I hope to develop my performance to a world-class standard and inspire others to join the game.”

Team Bath sit just outside of the top four making a push for the finals still possible if they work their way back onto the winners list. Allison has plenty of potential and has proven that she is not afraid to go in hard on the netball court making her a real asset for any side.