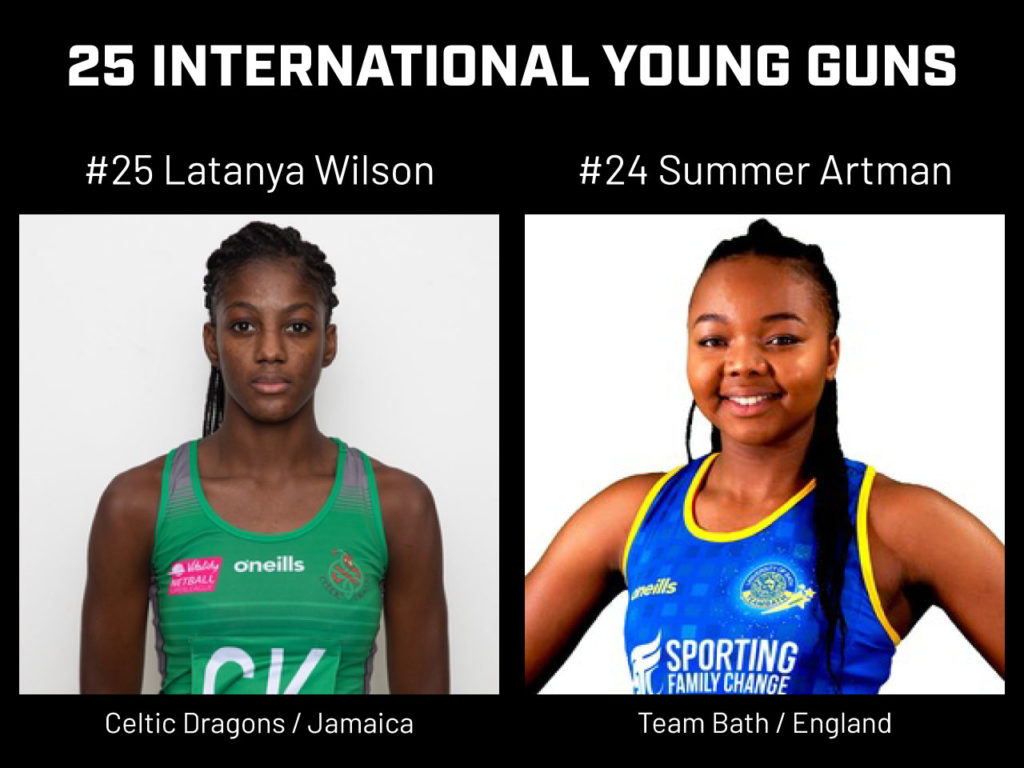 WITH a number of netball leagues across the world being suspended due to COVID-19, the Draft Central team is making a case for the top 25 players under 25-years-old across the netball world. The countdown begins with a pair of defenders in teenage Jamaican Latanya Wilson and England A’s Summer Artman. With so much talent at our disposal, this countdown is purely opinion-based, taking into consideration recent form, individual potential and future development.

At number 25 is Jamaican young gun Latanya Wilson, with the feisty defender a new addition to the Celtic Dragons in the Vitality Netball Superleague in 2020. While her cleanliness on court may leave something to be desired, there is no question that Wilson has the ceiling to grow into a massive threat in international netball. After only two matches from four rounds for the Dragons, Wilson sits on a whopping 14 intercepts – and while one of those matches was missed due to suspension, Wilson remains a real key player to watch on court with her timing sure to improve once the season continues. Wilson has been fortunate to learn off fellow Sunshine Girls defender Shamera Sterling, playing a similar game style with her hunt of the ball and long limbs.

Fellow Superleague defender Summer Artman sits at number 24, with the English goalkeeper a significant reason for Team Bath’s success so far in 2020. Artman’s timing and hunt for the ball is impressive, and while she is on the shorter side for a defender, she makes up for it with her vertical leap and timing on the jump. She has found her form in recent seasons, working alongside and learning from veteran Eboni Usoro-Brown and has shown significant signs of improvement as the last line of defence for Team Bath in Usoro-Brown’s absence this season. Artman’s communication and constant pressure makes her a crucial player for the side while her youth proves she has plenty left in the tank. Artman has four caps to her name for the English Roses, debuting in 2017. Since then she has been a key defensive rotation in the newly coined “England A” team as a real impact player where required, with the hope of landing a coveted spot in the Roses in the future.