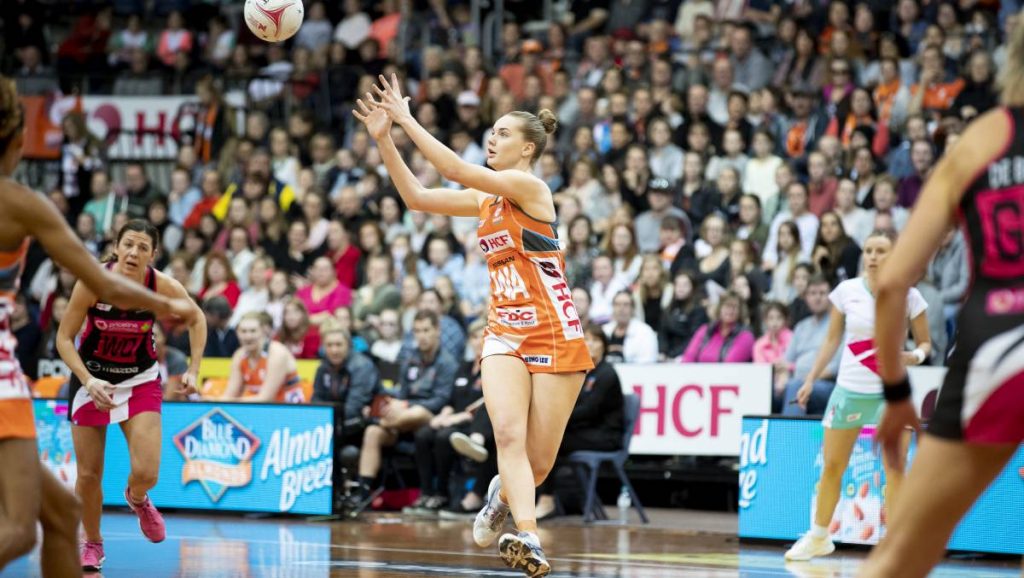 THE next instalment in the Draft Central Compare the Pair series will aim to analyse two fan favourites from different competitions, with the next showcasing two goal attacks in Silver Ferns’ Te Paea Selby-Rickit and talented young Australian Kiera Austin.

Two highly skilled goalers in vastly different points of their careers, there is no doubt that the likes of Selby-Rickit and Austin play different roles for their respective teams, but it’s their ability to turn and shoot and apply pressure to take attention away from their goal shooter that they have in common. With clean hands, unsuspecting speed and a high work ethic, the duo can create plays and also be that go-to option at the post when required.

Selby-Rickit has a big presence on court and is one of those goal attacks that needs to be paid constant attention given her netball nous and ability to enter the contest with ease. Selby-Rickit has the build to really interrupt defensive motion and cause havoc with her accuracy and volume to post, especially from distance, allowing her to provide a constant threatening presence in goal attack. Selby-Rickit’s ability to provide an option in both goal attack and goal shooter makes her a quality option in any team, using her quick feet and quickfire passes to rotate the circle with ease, but can also provide a holding option at the post thanks to her 188cm frame and sticky fingers to be an aerial threat. With 46 caps to her name, Selby-Rickit has plenty of international experience and will hope to boost her resume once international competition returns.

Still in the early days of her career at only 22, Austin may not have yet officially debuted for Australia but has clearly proved she is one to watch, having taken the court in the 2018 Fast5 and as part of the side in the 2020 Bushfire Relief match. Her ability to evade her opposition is crucial while she has also proved to be a handy versatile option to rotate through virtually any of the main attacking positions, honing her wing attack craft last season. While she is likely to stay in that role in 2020, her clever ball placement and know-how will allow her to gain some precious court time and potentially rotate into the goal circle with the addition of the rolling subs rule in the Super Netball this season. Austin’s speed and ability to turn and shoot allow her to form a handy entrant to any team, using her vision to provide an option on circle edge or zip into position to apply scoreboard pressure.