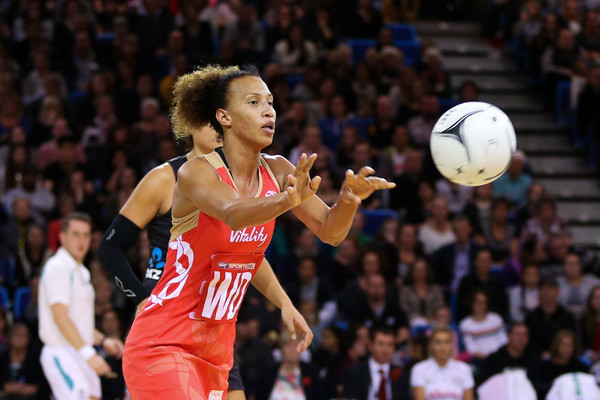 THE next instalment in the Draft Central Compare the Pair series will aim to analyse two fan favourites from across the netball world, with the next showcasing England Roses midcourters, Serena Guthrie and Imogen Allison.

The two Team Bath athletes – though Guthrie is taking a season away from the sport – have a plethora of experience together on the court and a similar gamestyle thanks to their midcourt defensive capabilities. Guthrie has been the perfect player for Allison to learn off with the pair sharing crucial attributes like their ability to create turnovers with their unselfish play.

Both are able to switch between being the playmaker holding their opposition at bay and zoning them out, while also being able to create intercepts of their own volition with respective impressive timing and ability to stay away from the whistle. With ability to provide hands over pressure and ply their trade under pressure, the two defenders are real playmakers who can dominate on both a defensive and attacking stage.

Guthrie is one of the leading midcourters in the world thanks to her athleticism and defensive-minded approach to the game. With an outstanding aerial ability and speed to run her opposition off their feet, Guthrie can impact anywhere across the court but still allows her teammates to shine. Her take-off and intensity allow her to fly in and take daring intercepts and deflect crucial ball, while her ability to create turnovers with ease allows her to utilise her athleticism and strength to propel the ball up the court and be ready for any pass through the midcourt.Her anticipation of the play is second to none and can make something out of nothing nine times out of ten, making her a highly exciting player to watch. A player who really builds off the crowd, Guthrie is a real excitement generator thanks to her constant drive and ability to apply pressure.

A highly touted midcourter with an ability to switch between wing defence and centre, Allison is a classy youngster who has a wealth of talent and experience despite her youth. Her ability to use the space to control ball-flow and create intercept opportunities for teammates is terrific while her versatility to switch between positions has allowed her to step up into centre this season in Guthrie’s absence.

Her ability to gather loose ball allows her to provide crucial ball to her teammates and with an ability to transition well down court and provide that extra cog through the centre, Allison is one to watch in the future. Her leadership potential is also impressive, having captained Team Bath while Guthrie and co-captain Eboni Usoro-Brown were away on international duties for the 2019 Netball World Cup, and is part of the 2019/20 England Futures squad.

Which Team Bath and England Roses midcourter is your favourite?
Created with QuizMaker