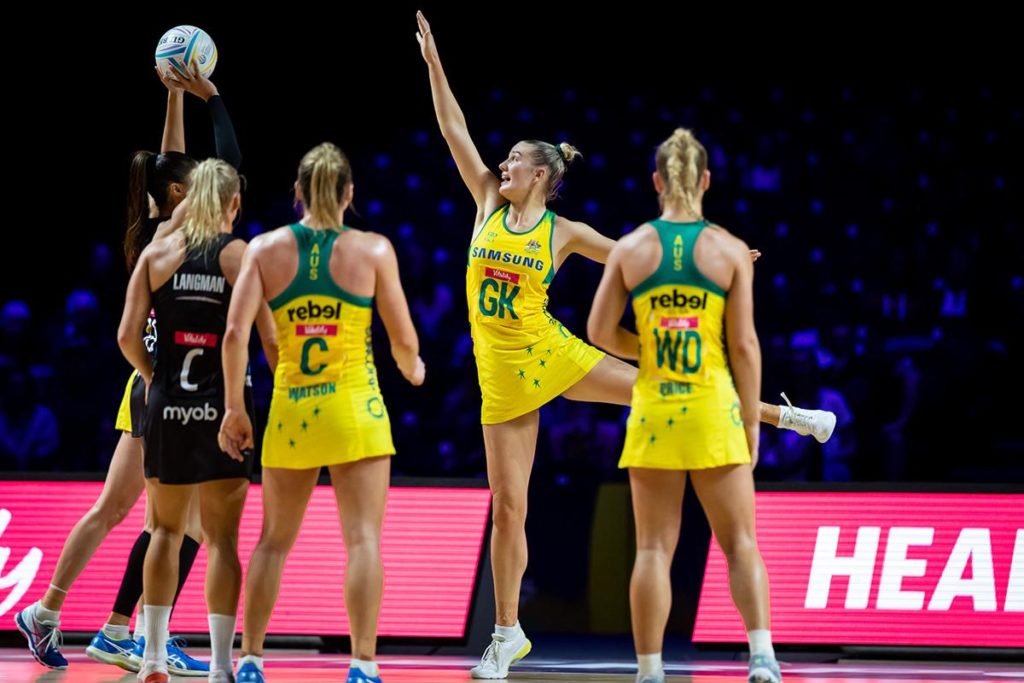 THE next instalment in the Draft Central Compare the Pair series will aim to analyse two fan favourites from different Australian Diamonds eras, with the next showcasing Australian goal keepers, Liz Ellis and Courtney Bruce.

With tenacity, constant pressure and an ability to do the impossible, Ellis and Bruce are two threats on the international stage with plenty of hunt for the ball and creativity to get it. Their respective excitement-generating play has helped turn the tides of their teams over and over, while their anticipation to leap for the intercept or make that game-changing deflection has them both as household names for netball fans. While the two players have entirely different game styles, it’s their respective commitment to the game at hand that sets them apart, able to adjust depending on their opposition to continue to maintain control game after game.

Ellis is one of the best defenders the world has seen, and as a constant threatening force to be reckoned with in defence there is no surprise why that is. Her read of the play was impeccable while her rotation in the circle to drop back or go on the hunt is testament to her trust in her teammates to fall back and form a wall in defence. Her speed to turn over the ball was crucial for the Diamonds while her captaincy proved her strength on court as not just a player but leader as the most capped player in Australian netball history.

The ex-captain was a force to be reckoned with, always ready to take possession with her impressive closing speed and reach over the netball. Her ability to anticipate patterns and turn the game on its head allowed her to make the game her own, and with three world titles and two Commonwealth Games gold just at international level – not counting domestic achievements – Ellis will go down in history as one of the greatest players of all time.

Courtney Bruce may not have the same number of caps but has well and truly proved herself in recent years with the Diamonds, forming a critical pairing with Jo Weston on the international stage where she can play that exciting intercepting role. With pressure and constant intensity to match, Bruce’s ability to anticipate the ball speeding down the court is crucial and paired with her speed off the mark she can create that defensive breathing room to propel the ball back up the court.

While Bruce does not have the Diamonds captaincy, her consistency and ability to turn over the ball sees her lead the West Coast Fever. Still only 26-years-old, Bruce has plenty left in the tank with her creativity sure to spark many a turnover for the Diamonds in the coming years. While her past year has been plagued by injury, Bruce will intend to be right as rain for the next year of international competition.

Which goal keeper would you pick in their prime?
Created with Quiz Maker