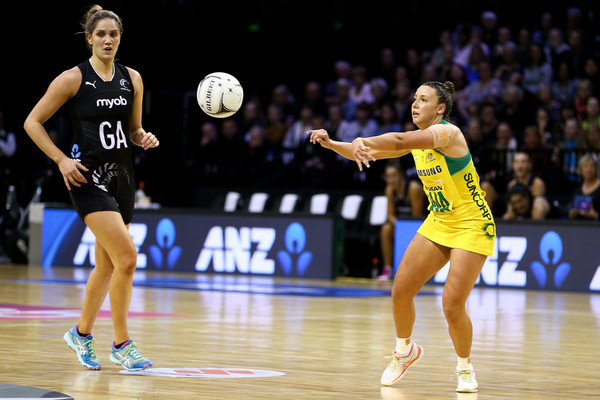 THE next instalment in the Draft Central’s Compare the Pair series will aim to analyse two fan favourites from different competitions, with the next showcasing midcourt attackers, Australia’s Kelsey Browne and New Zealand’s Peta Toeava.

With plenty of breakout speed, class and feeding expertise, the likes of dynamic attackers Browne and Toeava are a force to be reckoned with on court. While both on the shorter side, their respective ability to find not only the space but the ball too makes them crucial players on court, able to change a game in a split second. Meanwhile, the pair also provide handy cogs at the transverse line, taking on that first faze of the play and continually backing up their respective efforts with speed and vision. With plenty of strength, consistency and a workrate to match, both Browne and Toeava have plenty of quality attributes any team would want to have on their side.

An energiser bunny with quick thinking on the pass and an ability to serve the ball on a silver platter to her attackers, Browne is one of those players who cannot be left alone for a moment. Her innate ability to find space through the midcourt and attack the play allow her to be a consistent and threatening option across the court, using her game smarts to switch on and provide a quality option on circle edge. Her vision is second to none and gives her plenty of opportunity to propel ball into the goal circle, using her dynamic movement and quick feet to dart around her defender to apply pressure in attack. While Browne was expected to miss much of the 2020 Suncorp Super Netball season due to an anterior cruciate ligament (ACL) injury last year, fans will hope the Magpies will benefit off the delayed start to the season with potential for Browne to return earlier than expected.

With little hesitance and plenty of confidence on the assist, there is no doubt Toeava has been a quality midcourter for the Mystics this season, proving crucial with her quick hands and evasive footwork to find the ball with ease. Her ability to open up space for her teammates sees her play a critical role in every match, using her vision well to spot the way the play will head and provide a handy link through the midcourt. With impressive vision in attack, Toeava can ply her trade to feed into the circle from virtually anywhere in the goal third, using her evasive play to zip around her defender and propel ball straight to the post. Toeava is able to hold her ground well and while she is not the most defensively minded player, she is also consistently clean, able to apply pressure on the ball handler and attack the loose ball without finding too much of the whistle.