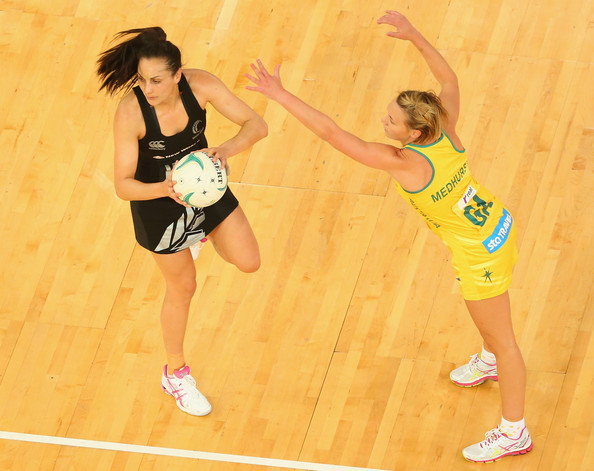 THE next instalment in the Draft Central Compare the Pair series will aim to analyse two fan favourites from across the netball world, with the next showcasing New Zealand Silver Ferns defenders, Joline Johansson (Nee Henry) and Karin Burger.

Two more highly versatile names to add to the Compare the Pair fray are Johansson and Burger, who both can step out in any number of defensive positions, even moving up the court into wing defence such is their consistency and ability to perform no matter what. While their respective versatility is crucial, it’s both players’ ability to be consistent threats that proves their strength across all three defensive positions, able to have an impact both inside and outside the circle such is their ability to have an impact.

Johannson had a stellar career, forging her way up through the ranks as a circle defender before proving her pride of place for the Ferns was out in wing defence. Her unselfish style of play was unrivalled with her determination allowing her to constantly win back ball. Her ability to test players and use her innate knowledge of the game and her opposition gave her a leg up much of the time, while her speed to come in and create intercepts saw her rack up the 91 caps, such was her strength through the midcourt and deflections on circle edge. With long arms to pick off passes, Johannson’s height allowed her to provide an extra bit of defensive pressure over smaller attackers and block their vision looking into the circle.

With such a wealth of defensive talent at the Ferns currently, Burger’s 19 caps since late 2018 are a real testament to her work ethic to not only break into the team but also provide a crucial and trustworthy option to jump on the court and be a real impact player. Like Johannson, her height allows her to be a tough battle in wing defence, giving her a point of difference with the strong three foot marking to block vision. Her strength allows her to hold ground on circle edge to force turnovers from opposition while she does not skip a beat rotating back into the circle thanks to her work rate and consistency. Able to burst out of the blocks and create turnovers, Burger is a real talent with her hands over pressure and constant drive for the ball.

FOR MORE COMPARE THE PAIRS, VISIT OUR PAGE